Hall took much of the UK industry by surprise in January when he revealed he would be exiting the BBC this summer, with chairman David Clementi working with headhunters to find a successor. Davie will take up the role on 1 September, having headed up commercial operations at BBCS and its predecessor BBC Worldwide (BBCWW) for more than seven years.

During that time, he has overseen the launch of production arm BBC Studios and its merger with former commercial division BBCWW, as well as content deals such as that struck with Discovery for natural history programming, the roll-out of streamer BritBox into the US and Australia, and last year’s deal to take full control of UKTV’s linear channels. 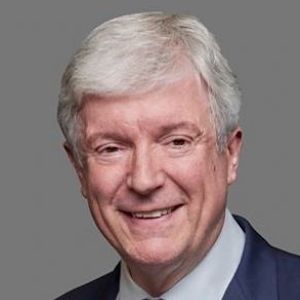 He was previously in the running to take the top job at the Premier League, but lost out to Discovery exec Sarah Dinnage and, following her u-turn, then rejected the role.

Davie also has experience of running the BBC, having been acting director general from November 2012 until April 2014, and before that was director of audio and music for the broadcaster. His experience as VP of marketing & franchise for PepsiCo Europe is also believed to stand him in good stead, as the broadcaster attempts to find new ways to monetise itself in the face of continuing budget cuts and pressure on its licensing model.

Clementi said: “Tim has a strong track record as the CEO of BBC Studios and is one of the most respected names in the industry. His leadership and experience, both outside the BBC and within, will ensure that we are well placed to meet the opportunities and challenges of the coming years. Tim has an enthusiasm and energy for reform, while holding dear to the core mission of the BBC.

“We know that the industry is undergoing unprecedented change and the organisation faces significant challenges as well as opportunities. I am confident that Tim is the right person to lead the BBC as it continues to reform and change.

“My focus for the remainder of my own term as chairman, until February of next year, will be to ensure that there is a smooth and successful handover and that the BBC continues to serve audiences across the whole of the UK.”

Davie added: “I am honoured to be appointed the BBC’s next director-general. This has been a critical time for the UK and these past few months have shown just how much the BBC matters to people. Our mission has never been more relevant, important or necessary. I have a deep commitment to content of the highest quality and impartiality.

“Looking forward, we will need to accelerate change so that we serve all our audiences in this fast-moving world. Much great work has been done, but we will continue to reform, make clear choices and stay relevant. I am very confident we can do this because of the amazing teams of people that work at the BBC.”

Hall described Davie as “a fantastic leader,” adding that “the BBC is in safe hands.”

Davie will be paid the same as Hall until August 2021, as all senior managers at the BBC are currently on a salary freeze. 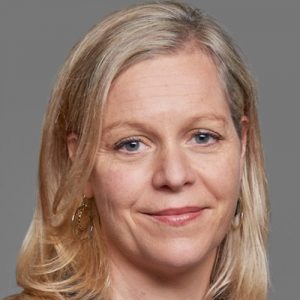 She became director of content across the BBC in July 2016. She was the only woman among the leading four contenders and is responsible for all programming across BBC One, BBC Two, BBC Four and on demand service iPlayer.

Amazon’s UK chief Doug Gurr was also in the running, having headed up operations for the retail giant since 2016, and previously working for the company in China. He also had stints at UK retailer Asda, joining Amazon in 2011.

Will Lewis, the former CEO of Wall Street Journal publisher Dow Jones, had also been a contender in the race, but was widely seen to have lost ground recently after being linked with the phone hacking scandal while working at News UK.