UK pubcaster the BBC is merging its production arm, BBC Studios, and commercial division BBC Worldwide (BBCWW) into one entity.

The BBC claims the move to plump for one commercial brand – BBC Studios – will bring it “into line with the rest of the industry” in an “increasingly competitive and global market for production and distribution”.

Rumours the unit may merge have existed since the launch of BBC Studios last year. This meant the BBC’s production arm became a commercial entity for the first time in its history.

The BBC, which is financed by licence fee payers, claims the new structure will

BBCWW’s commercial activities, which includes content financing, programme sales and commercial channels, will now be grouped with those of the former BBC Studios under a single business plan and operating model.

The two units already work together on major BBC shows such as Blue Planet II, but the BBC claims the new structure means they will “operate more simply and efficiently”.

Two divisions, BBC Production and BBC Sales & Distribution, will sit within BBC Studios from an expected launch date of April 1, 2018.

The BBC claimed “all of the major established UK industry players integrate their programme production and distribution in this way”. 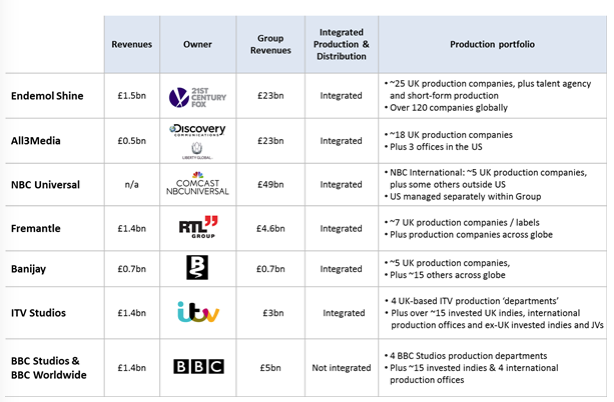 The BBC provided data to back up its strategic rationale

“In a fast-changing TV industry, securing the future success of the BBC is vital,” said Tony Hall, who is concerned that a £500 million drop in spend on UK programming could occur by 2025.

“Creating a single BBC Studios will bring the BBC in line with the industry, be simpler and more efficient,” he added. “It will help ensure that licence fee payers in the UK continue to receive outstanding British programmes which reflect British lives, long into the future.”

Hall claimed the move would “also ensure the BBC can continue to play its crucial role in supporting the successful UK creative economy”.

BBCWW has returned around £1 billion to the BBC over the past five years, successfully distributing programming such as Planet Earth II, Doctor Who and Dancing with the Stars.

The BBC will continue to invest in third-party content and indie production companies.

The new business will employ around 3,000 staff, with six production bases in the UK, seven international production partnerships, and operations in a total of 22 territories.