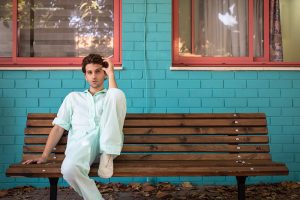 Global content marketplace Vuulr has picked up more than 2,400 hours of scripted content from international distributor Dori Media for its online platform.

In total, 53 titles were added in the catalogue agreement, including new Dori Media drama series Normal, Rampensau and the feature film The Unorthodox.

Ian McKee, Vuulr CEO, said: “We’re delighted that such a renowned company as Dori Media has come on board the Vuulr marketplace. Buyers from across the world will now have access to a further 2,400 hours of high-quality scripted and movie content and will be able to carry out transactions, search for titles and watch trailers with just a click of a button.”

Nadav Palti, president and CEO Dori Media Group, added: “Dori Media’s presence on Vuulr amplifies our commitment in meeting the needs of our buyers — entertaining together and engaging them wherever they may be.” 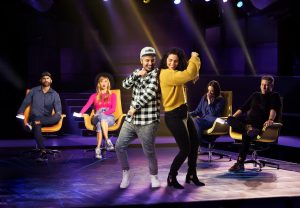 The 60-to-90-minute format puts a “feel-good spin” on the dance genre by putting “every-day people at the forefront” as they learn new dance moves.

This new release from Armoza Formats follows the recent launch of Beat The Grid, a game show that was designed to be produced safely during lockdown with the aid of CGI-technology.

In each episode of The Moves four all-star dance coaches go head-to-head to prove who can give the most amazing dance makeover of the night. Contestants of all ages, and all in need of some “new moves” show the coaches what they can do. The dance experts then select which contestants they want to mentor in the second part of the show, before the duos reveal their makeovers in front of a live studio audience – who get to judge which makeover was the best.

Nehama Cohen, head of development at Armoza Formats, said: “We are pleased to bring a new, positive and fun spin on the dance genre. The Moves celebrates dancing as a natural way of expressing ourselves and our feelings – whether you are nine or 90, anyone can participate in this format.”

International distribution and media outfit Quintus Studios has added a raft of factual content from France and the UK to its catalogue.

Meanwhile, it has picked up science and lifestyle show Did You Know? from Paris-based international distribution company Only Distrib, along with Special Forces and the science series’ SuperTornado, Snow Wars and Moon Shots from UK factual distributor TVF International.