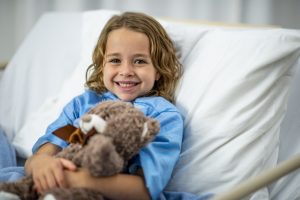 Inside The Children’s Hospital

Two new factual programmes, produced by UK Zinc-Media and originally commissioned by the UK’s BBC, have been sold to broadcasters around the world, after being acquired for distribution by TVF International.

Seasons one and two of Inside The Children’s Hospital (16 x 30-minutes) explores the daily lives of patients and staff at one of the UK’s busiest and most advanced children’s hospitals. Narrated by actor David Tennant (Doctor Who, Good Omens), the show was commissioned by BBC Scotland and TVF International has already licensed both seasons to Network 10 in Australia and True Visions in Thailand.

The BBC4-commissioned film, A Year to Save My Life: George McGavin and Melanoma (1 x 60-minutes), follows the renowned biologist on a journey across the world to understand what the future holds for cancer treatment. TVF has secured sales to YLE in Finland, UR in Sweden, RTVE in Spain, True Visions in Thailand, TRO in Georgia and Doc Movies in Israel.

TVF International head of acquisitions, Will Stapley, said: “We have a number of long-standing relationships with Scottish indies so I’m delighted to partner up with Tern TV on these three titles. To see such a positive response from the international market already is testament to the quality of programming being commissioned and produced in Scotland.” 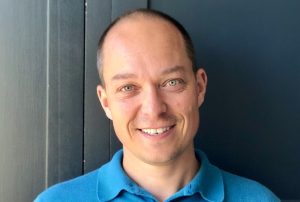 Before joining Blakeway, Lee was creative director at Blue Ant’s UK prodco Antenna Pictures, where he was responsible for creating factual content for UK and US broadcasters. Prior to that, he was head of documentaries at Tiger Aspect and set up Nerd TV in 2010.

His past credits include Lost Cities With Albert Lin for National Geographic, The Wonderful World of Puppies for the UK’s Channel 5 and How To Rob A Bank for Vice.

Lee commented: “Zinc Media’s production companies have a depth and breadth of experience  coupled with a reputation for quality which is hard to beat. Blakeway’s particular success in innovative specialist factual is second to none and I’m looking forward to helping  drive  their growth plans, diversifying the genres and formats they produce, as well as the spectrum of platforms they work with.” 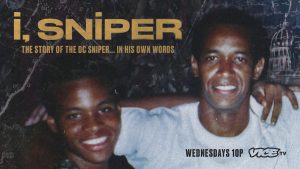 The US’ Vice TV has picked up Arrow Pictures’ true crime documentary I, Sniper for broadcast, following a deal with distributors PBS International.

The eight-part series will air on the Vice Media-owned channel in June and recounts the events of a three-week period in October 2002, when 17-year-old Lee Malvo and Gulf War veteran John Muhammad terrorised the US’ Washington D.C. region with a series of random shootings, killing 10 people and injuring three others.

The series hears from Malvo himself, as opens up during telephone conversations from his supermax cell at Red Onion State Prison in Virginia, about what led him to become a killer.

“The D.C. sniper case was one of the most terrifying crimes in recent history. I, Sniper goes beyond the story we thought we all knew and investigates what led Lee Malvo down his horrific path” says Morgan Hertzan, EVP and general manager at VICE TV.

“This ambitious project has been four years in the making,” adds EP and creative director John Smithson. “In addition to securing unprecedented access to Lee Malvo, we also undertook extensive interviews with the investigators of the Washington D.C. Sniper case, the survivors and the victims’ families, so that we could view the story from all perspectives, and examine both Malvo’s childhood of deprivation in Jamaica and the murders in forensic detail.” 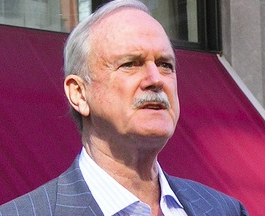 ITV and BBC Studios-owned UK and North American streaming service BritBox is to launch the full BBC Television Shakespeare Collection on the platform next week.

Launching on 26 May, this will be the first time that all 37 of the BBC’s adaptations of the playwright’s stories will be available to stream in one place.

Among the collection are Romeo And Juliet with Alan Rickman, The Taming Of The Shrew with John Cleese and As You Like It with Dame Helen Mirren.

“Never before have all 37 of the BBC’s Shakespeare collection been available in one place,  as a huge Shakespeare connoisseur, selfishly I wanted this for myself, I hope everyone feels the same,” remaked Soumya Sriraman, president & CEO BritBox. “We continue on our promise to be the only authentic British service available.”

The 4 x 52-minute The Dark Web investigates the most unpleasant side of the internet, with the series exposing those murky areas of the web that deal in the illegal trafficking of endangered animals, child pornography and online sexual extortion.

The Selina Miles’ directed Martha: A Picture Story (available as 1 x 52-minutes or 1 x 82-minutes) portraits the photographer Martha Cooper, who influenced generations of street artists with her graffiti pictures in New York.

The Internet of Everything (1 x 44-minutes or 1 x 52-minutes), from filmmaker Brett Gaylor, and produced by Canada’s EyeSteelFilm in co-production with CBC and ARTE, looks into how the internet is invading all aspects of our lives and how the future will either be “a surveillance nightmare or an eco-utopia.” 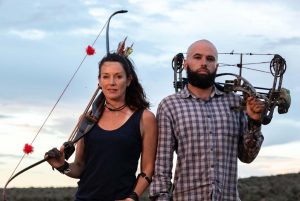 Outback Lockdown follows Australian stuntwoman and survival expert Ky Furneaux (Naked And Afraid) and British chef Calem O’Grady, who embarked upon a whirlwind romance but got stuck in Australia when the Coronavirus hit. Now they must live off the land together in an old stone hunt on 46,000-acres of Australian Outback.

Ford commented: “When Essential came to us with this fantastic project we knew it was a special series and a meaningful one that needed to be made.  With Essential’s great credentials and a fantastically relevant and engaging premise it also appealed to Head Gear and we are delighted with the result.  We look forward to releasing the series to our international clients next month and believe there will be a lot of interest in a series that reveals how some have tried to stay alive and survive in 2020.”