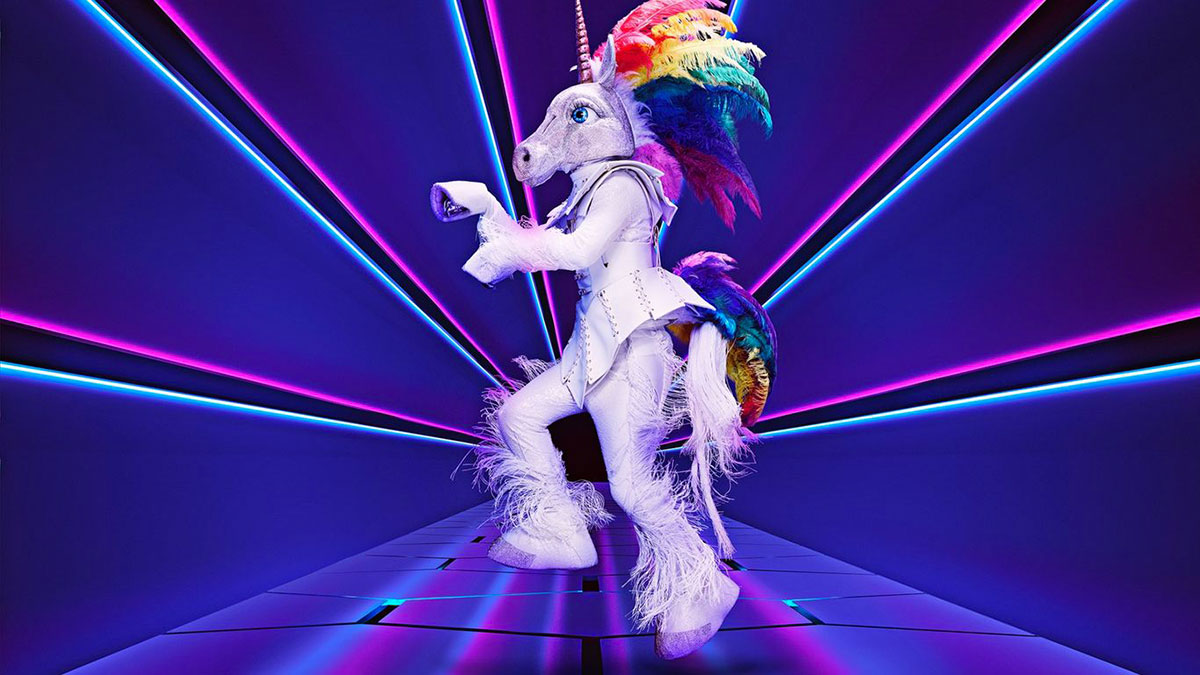 Bandicoot co-founders Derek McLean and Daniel Nettleton reflect on the pressures and challenges of remaking hit singing format The Masked Singer, which debuted on ITV earlier this year

As a TV territory, the UK rightly prides itself on originality – and importing formats isn’t something we do all the time. So when it came to optioning The Masked Singer – and doing it justice – we knew that we’d have to ‘go large’. 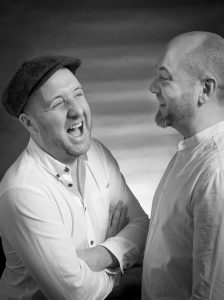 Our first challenge was finding a broadcasting partner who shared our vision. Although we’d keenly pitched the format on the basis of the show’s amazing success in the Far East, it wasn’t until the US version landed with a massive ratings-busting whack, that we were suddenly in business.

After much interest across the UK landscape, we finally found that broadcasting partner, in ITV. And with it, came the enormous comparisons with our US sister series. Thankfully, Bandicoot have a close working relationship with Fox, the US broadcaster and the show producers, so our first action was to get over there and learn as much as we could.

For scale and ambition, the US set is incredible, but we knew once we booked the behemoth studio that is Bovingdon – a home we share with Dancing On Ice – that we would need something on an even bigger scale. It wasn’t long before we were knocking on Florian Wieder’s door. Having created enormous sets like Eurovision as well as fantastic sets for America’s Got Talent and the new Dancing With The Stars set, he had the right ambition and determination to create something incredible.

He focused on taking the iconic masks, which appear in other sets across the world, and up-scaling them to turn them into enormous screens to create a 360-degree immersive backdrop for performances. The result, in our opinion, is jaw-droppingly beautiful.

Casting the panel was an enormous challenge in setting up the show. The UK does panel shows well and we knew that this wasn’t a traditional singing show. We didn’t need vocal judges and we didn’t need a traditional panel show set up. We needed showbiz detectives to guess who was under the masks. From experience, we know that chemistry is everything on this kind of panel – and we knew from our first show that there was a magic rapport between our fab four. They entertained each other as much as the audience – and with a good balance of comedy and guessing, they do deliver. 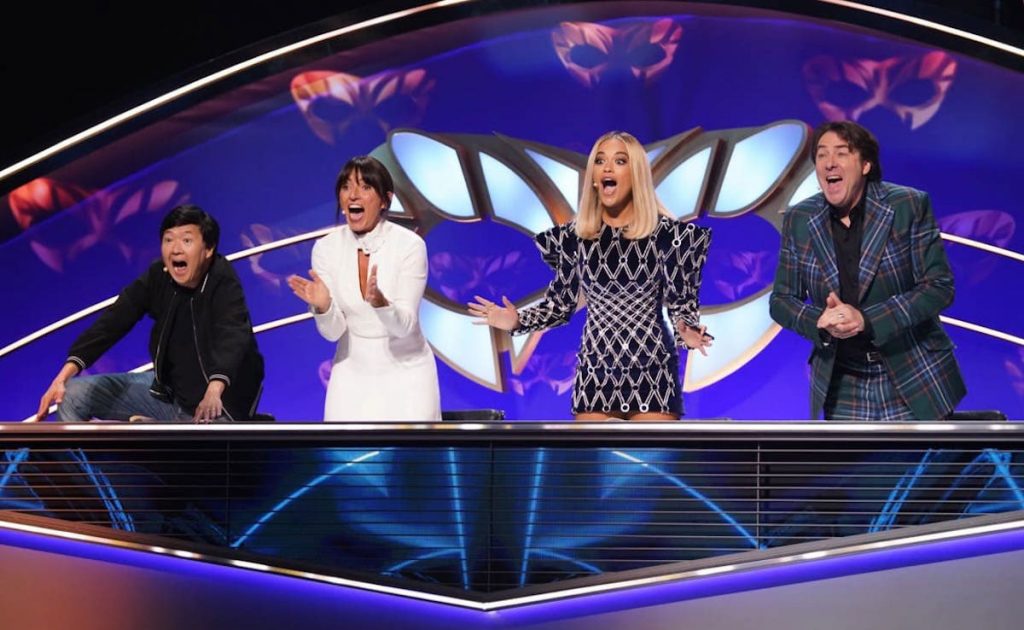 The most fun and most creative challenge on The Masked Singer is without question, the costumes. We wanted our masks to be more head to toe, which we’d seen in the Thai version of the format. We’d fallen in love with their wit and boldness of execution, which the US format had also leant heavily on for inspiration. We found the best costume company pretty quickly in Plunge Creations, who totally seized upon our brief that we wanted our characters to feel decidedly British.

Then we launched into who would be hiding behind the masks. In this department, we pulled in two veteran talent execs – Daisy Moore and Lauren Fleet – who confidently tackled suspicious British agents. They were initially met with some predictable reluctance to dress their star talent up as a peacock or a lion. But this quickly gave way to curiosity when agents watched clips of the show from around the world. That’s the joy of this format.

What happens with every celebrity cast show – but more so than ever on a format like this – is that putting everything together is akin to the world’s most complicated jigsaw. We couldn’t sign off the costumes until the celeb had agreed who they wanted to be, which meant we couldn’t film the clue VTs until we knew who they would be about. We also had to come up with the routines and devise creatives for the 12 characters. It was a complicated and challenging jigsaw that was admirably overseen by our amazing showrunner, Claire Horton, who, with all her skill and experience of shepherding enormous talent juggernauts for ITV and the BBC, was the perfect addition to the Bandicoot team.

We share one panellist with the US show, Ken Jeong, who (over)-generously described the team at Bandicoot as being akin to the Apple design team – knowing that when you have a great product, the trick is just to evolve and refine the product to enhance its potential. That’s a great compliment and I hope the other format producers of The Masked Singer would agree with him.