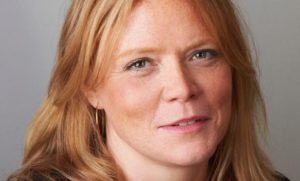 Robinson will take up the role from next month at the Sony Pictures Television-backed prodco, which was launched in 2017. Its output includes movie Slaughterhouse Rulez and forthcoming comedy Truth Seekers for Amazon.

The move comes six months since ViacomCBS rejigged the senior management team at Comedy Central, which saw Channel 5 chief Ben Frow expanding his remit to include the UK comedy channel and the local version of MTV.

Robinson’s exit follows that of former Viacom exec Louise Holmes, who revealed in November she would be joining Facebook as director of entertainment partnerships for EMEA. The exec, who joined the social media giant in January out of London, most recently served as VP and GM of Comedy Central and Paramount Network UK.

Stolen Picture’s CEO Miles Ketley said: “We’ve been waiting for the right time and the right person to join the team and help Stolen on with the next phase of its growth.

“We have ambitious projects across so many genres, formats and markets that we didn’t think we’d find everything in one person, yet Lucy has this all and more.”

Robinson said: “Together with Miles [Ketley, CEO and partner], they’ve created an ambitious, genre-busting slate that combines sci-fi, thriller, horror and comedy all laced with their distinctive, anarchic spirit. It’s a slate like no other indie, and it’s growing rapidly as Simon and Nick are such a magnet for talent. Stolen Picture is literally fizzing with creativity.”

Melling replaces Nada Cirjanic, who has departed “to pursue other areas of interest, and will oversee film and TV distribution around the world.

He was most recently VP of sales at eOne, working in French-speaking territories as well as Benelux, Africa and the Middle East. Melling has previously worked for ITV Studios, Granada and the BBC.

His exit from eOne comes three months after Power Rangers owner Hasbro completed its $3.8bn deal (£2.9bn) to acquire the Canuck company, which is behind kids behemoth Peppa Pig and dramas such as The Rookie.