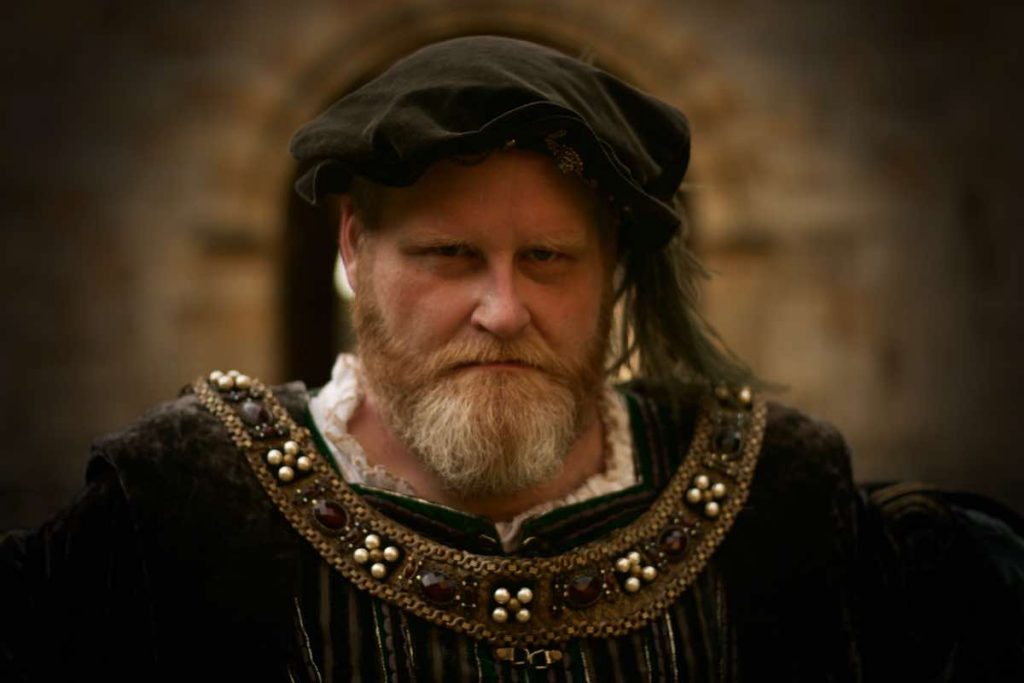 Britain’s Blakeway Productions has been commissioned to make a 3 x 60-minute drama documentary series about notorious monarch Henry VIII for the UK’s Channel 5.

Henry VIII: Man, Monarch, Monster will explore how the king “changed from a clever, handsome prince full of promise into an overweight, paranoid multi-married monster.” It will be distributed internationally by TCB Media Rights and has been co-produced with Motion Content Group.

Blakeway Productions, which is part of Zinc Media, has previously made historical documentaries for Channel 5, including Tony Robinson’s History Of Britain, Diana: 7 Days That Shook The World and Egyptian Tomb Hunting.

Emma Hindley, creative director at Zinc, said: “We have worked with a team of Tudor experts and gained access to little-known historical records and documents never seen before on TV to help explain how Henry’s psychology and personality fundamentally shaped his rule – and therefore shaped England as a nation.

“Henry VIII has huge international appeal so we are confident that this series will also be of interest to audiences around the world.”

Mediawan in France, HBO Spain and TV4 in Sweden are among broadcasters to pick up dramas from UK distributor DCD Rights.

Six-part psychological thriller The Secrets She Keeps, from Lingo Pictures Production and based upon the novel by Michael Robotham, has been picked up by Mediawan in France and French-speaking Europe, TVNZ in New Zealand and TV4 in Sweden.

Hot Telecom Israel, YLE in Finland, IVI in Russia, CIS & Baltic States, and Ale kino+ in Poland have also added the show, with the deals in addition to the previously announced sales to the UK’s BBC and Sundance Now in North America.

Spanish/Portuguese drama Dry Water (6 x 60 minutes), co-produced by Portocabo and SP-I, has been acquired by HBO for its Spain, Portugal, Andorra and Portuguese-speaking Africa feed.

Meanwhile, Closer Production’s edgy drama The Hunting (4 x 60 minutes) has been picked up by TV4 in Sweden, Ale kino+ in Poland in TVNOW in Germany and German-speaking Europe.

Nicky Davies Williams, CEO at DCD Rights, said: “These diverse dramas have one thing in common – a compelling and exhilarating narrative which keeps viewers on the edge of their seats.  We are delighted by the international success these dramas have already attracted and the global exposure they will receive.”

The UK’s ITV has ordered a new 60-minute documentary about murderer Raoul Moat to be produced by ITV Studios’ MultiStory Media Cymru.

Through interviews and archive footage, Manhunt: The Raoul Moat Story will explore the police and public reaction to his rampage across the UK in July 2010.

MultiStory Media EP Mike Blair said: “This documentary is the latest in a line of programmes to come out of our base in Cardiff and thanks to the experience and skill of the team there, it will provide a revealing and sensitive insight into a manhunt which gripped the nation – but which had a tragic backstory.”

The remake is entitled Bawang Putih Berkulit Merah and is being distributed by GoQuest Media Ventures, which recently acquired the format rights to Ruby Ring from pubcaster Korean Broadcasting System.

Jimmy George, VP of sales and acquisitions at GoQuest Media, said: “We are extremely excited to have secured our first remake deal with ANTV. This is a big step in the right direction for GoQuest, especially as it is in line with our strategy for the year, where we aim to focus our efforts towards scripted formats. This latest pickup shows that Ruby Ring continues to resonate internationally even after its first success in 2013.”

The pick-up marks the first deal for the series, which is fronted by Jackie Malton, a former Met Police Officer and one of the first female members of Scotland Yard’s legendary Flying Squad.

The show was originally commissioned by CBS Reality and is produced by UK-based Monster Films, with Orange Smarty as associate producer. It represents the first significant investment in an original commission by the Brighton-based distributor, which holds the global rights, excluding the UK, Africa and Poland.

The show has also been licenced to YLE in Finland and Foxtel in Australia. The series follows Malton, who inspired Helen Mirren’s character in Lynda La Plante’s iconic drama Prime Suspect, as she re-examines 10 notorious UK and US murder cases, from the discovery of the crime to conviction.

Karen Young, founder and CEO of Orange Smarty, said: “These deals are particularly satisfying as we all know the US market is a tough nut to crack and is the nirvana of territories in terms of eyeballs and healthy return on investment. With the relationships we’ve carefully built over the years in the US we know what to pitch and exactly when and this strategy has certainly paid off. The sheer quality in our primetime UK terrestrial factual entertainment catalogue speaks for itself. ”