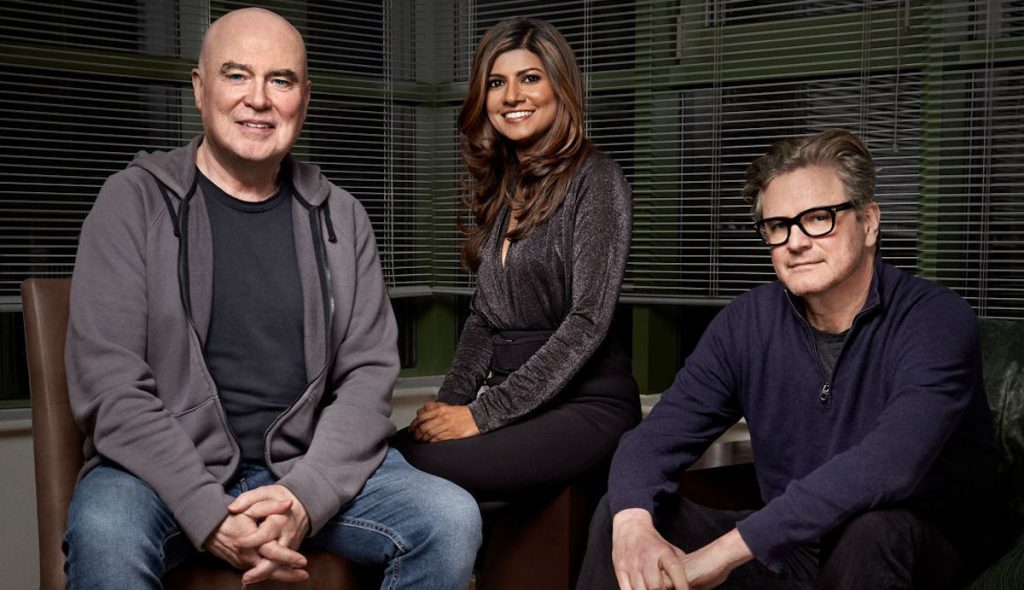 Raindog, which Firth founded with music industry exec Ged Doherty in 2012, will now work across TV drama, music and documentary content after securing the investment, details of which have not been revealed.

The prodco has also hired writer-producer Trish Chetty to explore new talent behind the camera while the deal will also see Stargrove Pictures CEO Stephen Fuss join the Raindog board.

The producer has been behind shows including Keira Knightley and Matt Smith-starring Official Secrets, and Eye In The Sky, which starred Helen Mirren and Aaron Paul.

Fuss, CEO of Stargrove Pictures, said: “What’s exciting about this deal for us is the expansion into TV and the plans to leverage Ged’s music industry experience and Trish’s ability to seek out and tell strong factual stories.”

Doherty added: “We value our independence more than anything and this investment will allow us the freedom to develop little known extraordinary stories and to help them find a global audience with the right partners.

“We are thrilled that Trish is joining us as she will bring a fresh perspective to everything we do.”

John Glencross, chief executive at Calculus Capital, said: “Raindog has already established itself as a leading producer of important films. We were particularly attracted to the team’s commitment to strong storytelling in both drama and documentary.”

The UK Creative Content EIS Fund has raised around £20m ($26m) from investors such as high net worth individuals, which is being ploughed into production companies. It is one of a number of examples of private equity money extending its reach into TV.

Fuss has previously overseen investment into shows such as Call The Midwife and The Fall. The fund is aiming for between six and 10 stakes to be taken each year, with the Raindog deal following the fund’s first investment in Wonderhood Studios, the prodco founded by ex-Channel 4 CEO David Abraham.