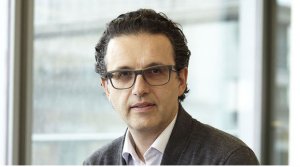 The UK Creative Content EIS Fund was launched this summer by Calculus Capital and Stargrove Pictures, with the scheme offering tax breaks to investors.

The deal with Wonderhood, first reported by the FT, marks the fund’s first investment and will see the UK-based prodco using the money to expand its team and develop new content.

Wonderhood was launched in 2018 and is behind shows including Eat The Years with celebrity chef Heston Blumenthal and recently announced BBC Two special Trump In Tweets, which explores the US president’s love for social media.

The company, whose slate also includes a show in development with BBC One, launched with ambitions to produce high quality programming for broadcasters and platforms as well as creating content for major brands.

Abraham said: “Wonderhood is a new-generation creative business focused on innovative content that impacts on culture. As we look to scale, the investment from the UK Creative Content EIS Fund allows us to deliver our plans faster and to begin to explore genres such as drama sooner.”

The UK Creative Content EIS Fund is raising around £20m from investors such as high net worth individuals, which will then be ploughed into production companies in a bid to double client’s investments.

Stephen Fuss, who is heading up the fund, told TBI last month that a number of deals were in the works. Fuss has previously overseen investment into shows such as Call The Midwife and The Fall, with the new fund aiming for between six and 10 stakes to be taken each year.