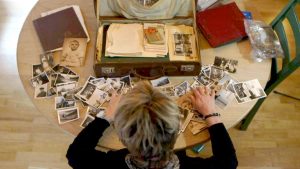 Israel public broadcaster Kan has struck a deal with UK-based distributor DRG that has seen it ordering a local version of social history format Born On and optioning social experiment format No More Boys & Girls.

Born On will run as a 6 x 60-minute series this summer and is based on an original format created by Monster, also owned by DRG backer NENT Group.

The show aired on NRK in Norway and tells the story of three different people, one of whom is a celebrity, all born on the same day in history. The series progresses by tracking their individual life stories from birth until the present day.

Four seasons of Born On have been commissioned in Norway, while the show has also sold into Lithuania, Spain and Switzerland. In the UK, BBC One aired the format as Born On The Same Day.

No More Boys & Girls was originally produced by Outline Productions for BBC Two and investigates if creating gender-neutral schools can help close the gender gap in adult life. It has already been produced locally by ZDF Neo in Germany and Movistar+ in Spain and remains under option in the Netherlands. Jack Watson, sales manager at DRG, closed the deals with Kan.

Banijay gets first look at Firecrest 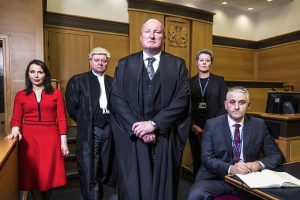 The deal will give the distribution division exclusive access to new documentaries, factual TV series and features from the prodco, which took a minority investment from the Channel 4 Growth Fund in 2017.

The Secret Life Of The Museum is also included, with the factual format for BBC Scotland following nine children aged around 10-years-old as they visit different museums. The children’s experiences are then intercut with interviews with curators from the museum who explain facts behind the collection.

Andreas Lemos, commercial director of factual at Banijay Rights, said: “We have long-admired Firecrest Films. Its factual series and documentaries have not only made a huge impact on screen but have resonated in the wider media as well – just going to show the power behind the stories that they choose to tell.”

Nicole Kleeman, MD of Firecrest, added: “It’s a hugely exciting time to be a fast-growing indie in the Nations. Having the support from Banijay Rights will help us continue our growth into new genres and markets.”

John de Mol’s Talpa Network has ordered a new quiz format that has been co-developed by Federation Entertainment-backed producer WeMake.

Split Screen will air on SBS6 in the spring and will be hosted by Rolf Wouters (Big Brother).

Contestants are faced with images on two screens that each represent a number. Participants are then asked a question and must provide an answer that lies between the two numbers, with the winner of the competition taking home €100,000 ($110,000).

Talpa Global, which is separate from ITV Studios-owned Talpa Media, has previously sold formats for WeMake but TBI understands a distributor for Split Screen is yet to be confirmed.

The commission none-the-less marks the latest commission for Paris-based WeMake, which was founded in June 2017 by former Shine France COO Bouchra Réjani. The prodco is behind scripted and unscripted content for all platforms, in all genres for both international and French markets. Its output includes Until Dawn for Netlfix and The Missing One for Amazon Prime Video.

Federation Entertainment acquired a majority stake in the company in 2018.