Federation Entertainment is to take a majority stake in WeMake, the Paris-based unscripted outfit it launched with Shine France COO Bouchra Réjani (pictured) in 2017. 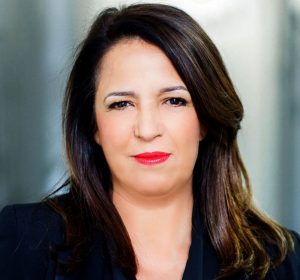 The move sees Federation taking a further step into the unscripted business, after operating as a major player in kids’ entertainment for many years.

One year after launching, WeMake has developed a catalogue of over 20 original formats and signed several co-production and distribution agreements with international market players, including Talpa TV in Europe, and Lionsgate and Metro Goldwyn Mayer (MGM) in the US.

WeMake has partnered up with Live Nation Productions in the US to develop and produce a new musical talent competition. In addition, it has acquired the adaptation rights for the French market for the Belgium’s Taboe-a format that has achieved audience shares of almost 60% and sold in 12 countries.

Pascal Breton, president of Federation, says: “WeMake has the same strategic vision as Federation – to invest heavily in creating original formats; selling these formats both in France and internationally, with particular focus on the United States; and developing new formats in order to bring new life to the genre while becoming relevant for platforms.”

Bouchra Réjani, president and founder of WeMake, adds: “We are delighted to expand the Federation family! The arrival of new platforms on the unscripted market is shaking up the game for the greater benefit of creation.

“The race between networks and their studios and these new players is boosting the entire sector to launch new, original and cost-effective formats. At WeMake, just like at Federation, we bring together the best creative talents from France and elsewhere to forge global partnerships in order to meet this demand”