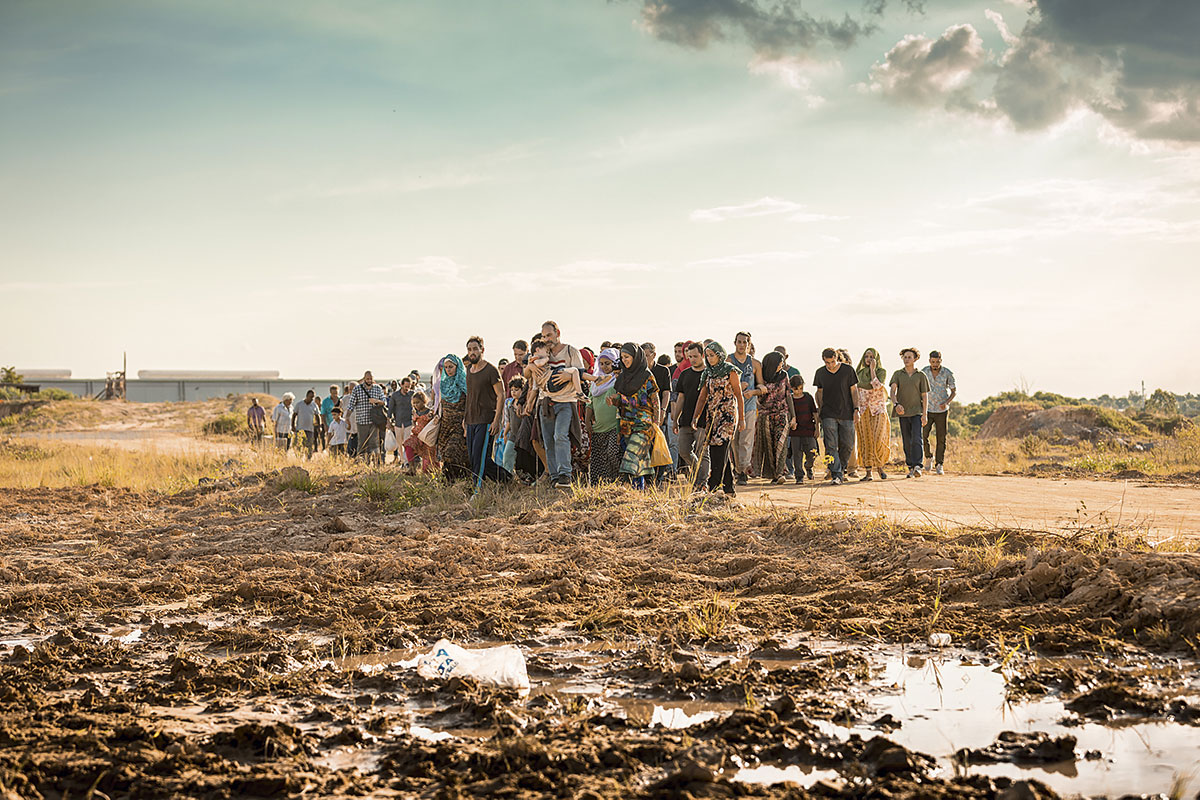 Set both in São Paulo and amidst the refugee crisis resulting from the war in Syria, this drama reflects the growing trend for telenovelas to tackle much grittier subjects than they might have previously. That said, Orphans Of A Nation, known locally as Húerfanos De Su Tierra, retains some traits of the telenovela genre, with the show running to 90 hour-long episodes and incorporating a romantic story arc.

The series has been written by Thelma Guedes and Duca Rachid, who won the International Emmy Award for Best Telenovela in 2014 with Precious Pearl. Gustavo Fernández has directed the series, which revolves around Laila, played by The Other Side Of Paradise actor Julia Dalavia, and Jamil, played by Renato Góes of Dark Days fame.

Guedes and Rachid say their focus with the show was “to shed a light on the stories of a world with less war, walls and restrictive borders, and more empathy, compassion and love.”

The story tracks Laila as she moves to São Paulo with her family in a bid to escape her war torn homeland. She is pursued there by Jamil, who intends to take the woman back to Syria in a bid to force her to fulfil a marriage contract with a powerful sheik.

The show goes on to follow the duo’s ongoing relationship, which sees Jamil falling in love with the woman he was meant to abduct. But when the sheik is murdered, his daughter looks for revenge.

While the drama incorporates a love story, there were also extensive efforts made to ensure the show reflected the realities of the Syrian conflict.

Producers partnered with the United Nations High Commissioner for Refugees (UNHCR), which provided insights and expertise on how refugee camps were constructed. An architect from the agency joined the show to provide assistance on the assembly of the camp, with real uniforms and tents from humanitarian operations used on the series (with this equipment later replaced by Globo).

The partnership also saw UNHCR provide information on the forced relocation and socio-cultural integration of refugees, themes that play out throughout the show.

The drama, which recently secured a Rose d’Or award in the Soaps and Telenovelas category, was a ratings hit in Brazil and is among an eclectic slate for Globo. It includes telenovelas Sweet Diva (Dulce Ambicion) and A Life Worth Living (Suerte De Vivir), as well as 10-part crime drama Desalma and miniseries Where My Heart Is (Donde Esta Mi Corazón), which tackles the story of a doctor who deals with his pressurised life by using crack cocaine.

Distributor: Globo International
Producer: Globo
Broadcaster: Globo (Brazil)
Logline: A love story set in the current context of refugees from around the world