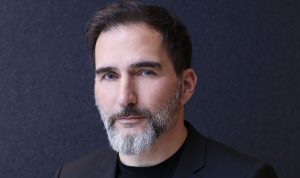 Martí becomes head of scripted development and is based out of Mexico City, reporting into Coty Cagliolo, Fremantle’s head of production for the region.

His arrival follows Fremantle’s recent deal to acquire a 25% stake in The Immigrant, the independent production company owned by Camila Jimenez-Villa and Silvana Aguirre. Fremantle has also secured a partnership with unscripted Brazilian prodco Mixer Films and holds a first-look deal with Fabula, with whom it co-produced La Jauria.

Martí was previously head of development and international business at Lat Am drama outfit Polka, and before that spent eight years at Turner International working as an original production director in the region.

He said: “It’s a privilege to join a company like Fremantle at such an evolutionary moment in our industry. Latin-American storytelling has a unique voice and a burgeoning track record which, with a content powerhouse like Fremantle behind it, will thrive even further.”

Cagliolo added: “It’s fantastic to have someone of Manuel’s calibre and expertise joining Fremantle. A true industry leader, Manuel is the perfect person to help us expand our scripted footprint in the region and help drive our ambition forward to produce more bold Latin-American drama.”