Netflix has ordered a Swedish and English-language drama from the producers behind its forthcoming scripted series Young Wallander, which will explore the rise of music streamer Spotify.

The as-yet untitled show is based on Sven Carlsson and Jonas Leijonhufvud’s book Spotify Untold, which tracks how young Swedish tech entrepreneur Daniel Ek and his partner Martin Lorentzon revolutionised the music industry by offering free and legal streamed music around the world. 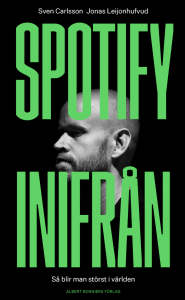 Tesha Crawford, Netflix’s director of international originals for Northern Europe, said: “The founding tale of Spotify is a great example of how a local story can have a global impact. We are really excited about bringing this success story to life and we look forward to continuing our great collaboration with director Per-Olav Sørensen and the team at Yellow Bird UK.”

Levin added: “The story of how a small band of Swedish tech industry insiders transformed music – how we listen to it and how it’s made – is truly a tale for our time. Not only is this a story about the way all our lives have changed in the last decade, it’s about the battle for cultural and financial influence in a globalised, digitised world.”

Yellow Bird was established in 2003 with the production of Wallander, a crime series based on Swedish author Henning Mankell’s renowned novels about detective Kurt Wallander.

The prodco now has bases in Sweden, Denmark, Norway and the UK, and has been behind shows such as Annika Bengtzon, Headhunters, Rebecka Martinsson and Occupied. The company was acquired by Banijay in 2016, with the UK division launching a year later.