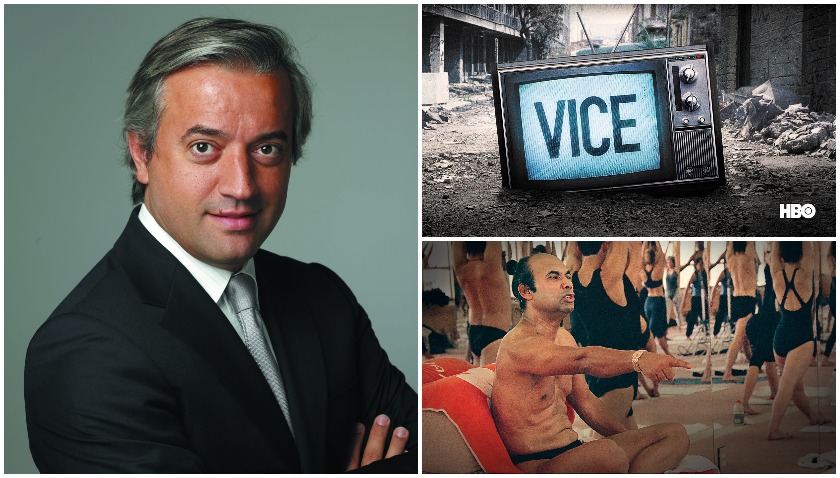 Vice Media Group’s head of international Dominique Delport is betting big on the youth brand’s news division, which is set for international expansion alongside its latest asset, women’s publisher Refinery29.

Speaking to the UK’s Broadcasting Press Guild on Thursday (28 November), Delport proclaimed that “news is back” and that there is renewed scope for Vice News to slot into a roster of respected international outlets.

“If you look at the global news brands – CNN, Al Jazeera, BBC – there is some room there to keep expanding. Vice News was mainly out of the US, but we want to keep [growing],” said Delport, highlighting a 20-member Vice News team on the ground in London.

Vice News Tonight – which was cancelled by HBO in the US earlier this year but is set to resurface on Vice’s US channel next year – will also debut on the Vice channel in the UK next year, and Delport promises that the business will “keep internationalising” Vice News.

Indeed, a 13-part Vice docuseries is to debut on Showtime in early 2020 while there is a separate deal in place with Hulu for Vice News Investigates.

Delport highlighted that he is “chasing” a European deal akin to the HBO and Showtime pacts, particularly on the back of the Vice Studios-produced BBC Two doc The Brexit Storm with presenter Laura Kuenssberg.

The former Havas Group exec, who joined the company in May 2018, hinted that the relationship with HBO became strained due to a week-long holdback on Vice News Tonight before it aired on Vice US. The deal also came to an end because AT&T and HBO are “completely reinventing their model”.

“We built that incredible asset [but it] lived outside us in the HBO walled garden, and we couldn’t access it or in replays – we had to wait seven days. It was a great partnership, but it was very constrained.”

Vice’s deal with Hulu for Vice News Investigates and with Showtime for Vice are two pacts that demonstrate there is “no issue with the market value of Vice News”, according to Delport.

The exec also suggested that further investment in Vice News could also bolster and “harmonise” the channel’s global presence, which has struggled in recent years.

In a response to a question from TBI about the future of Viceland – which was originally envisioned as a channel wholly offering Vice content – Delport admitted that “if you want to have a standalone Vice proposal [that is] 24/7, it’s counterintuitive” for free-to-air channels.

He added that free-to-air channels such as Australia’s SBS Viceland and Greece’s Antenna Group were smart to bolster its Vice content with other programming. “We give them the flexibility to do so, as long as there is a respect for the brand,” he said.

Meanwhile, the exec noted that the expansion of Vice Studios as a content creator for third-party channels and platforms has allowed Vice to control its own destiny. The studios piece currently generates just under 20% of the business’s overall revenues, but that figure is expected to rise in 2020.

The foremost production asset, as it stands, is still Bikram and Gangs Of London producer Pulse Films, in which Vice took a majority stake in 2016. Two projects from Pulse believed to be in the range of $40m-$50m are in the works for Netflix and Amazon, with one title set in the music world.

Elsewhere, the exec lifted the lid on Vice’s $400m play for Refinery29, which he called the “fastest, most culturally obvious integration I’ve seen”.

Vice’s decision to wind down female-skewing brand Broadly earlier this year also strengthened the need for a new proposition that could fill this space, Delport told TBI. “It was very clear at the beginning of 2019 that Refinery29 was on the radar of [Vice CEO Nancy Dubuc].”

Aside from content synergies, another key draw behind 14-year-old Refinery29 was its events initiative ’29Rooms’ – a ticketed 29-part interactive experience that draws up to 70,000 fans in New York. “They [have] invested in fields where they are better than us,” explained Delport.

While confirming to TBI that Refinery29 will continue to exist as a standalone brand within Vice, Delport noted that an international expansion is in the works for the business, which is already present in the US, UK, Germany and France.

“We want them to be bigger. [Vice] is in 35 countries and we want Refinery29 to become a global brand,” he said.