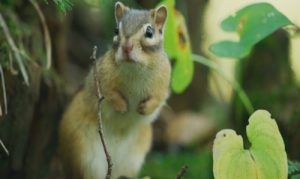 China: Nature’s Ancient Kingdom (3 x 50 minutes) will explore the country’s reserves including Shennongjia National Park, the Northeast Tiger and Leopard National Park, and the Giant Panda National Park, with filming and production underway and due to finish in September.

The show will catch up with developments at 10 national parks located across China, which were set up in 2017 in an attempt to preserve local wildlife and habitats.

Chinese and international crew are working on filming, which will use 4K cameras to provide the first panoramic views of the parks. BBCS has invested in the series and will handle distribution outside of Greater China, launching its sales drive around the world imminently.

Lynn Zhangm, VP of CITVC’s marketing division, said: “China is proud to be creating 10 new National Parks to protect the unique environments that house these special animals. We will take a close look at their history and current lives, working with some of the best producers in the world.”

BBCS has been increasingly active across China in recent months, recently partnering with China Mobile’s video platform, Migu Video, to co-produce a 10-part natural history series that explores stories and myths from the animal kingdom. That came three months after Migu handed BBCS its first direct commission in China for a show about the history of tea.

However the future growth of UK-China deals were put into doubt last month, after TBI revealed that UK trade body Pact had pulled all of its programmes with China for 2020, including the popular UK China Creative Exchange, amidst a tense political climate between the two nations and escalating concerns over IP infringement.