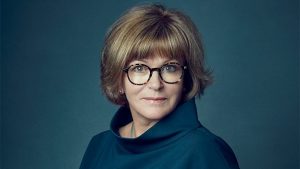 BBC Studios (BBCS) has secured its first fully-funded production commission in China after striking a deal for a “landmark factual series” about tea from China Mobile’s OTT service Migu.

One Cup, A Thousand Stories (6 x 50 minutes) will explore the roots and history of tea, exploring its impact on the country and other civilisations around the world.

The show, which will reveal how tea has influenced Chinese lifestyles and rituals, has been developed and will be produced by BBCS in Scotland, with the UK broadcaster’s commercial arm also handling global sales.

Lisa Opie, MD for BBCS Productions, said: “I am delighted that we have secured our first production commission in China and will be making this fascinating and ambitious factual series for Migu.

“It’s incredibly exciting to be sharing our story-telling and production craft with new audiences and with content that has been specifically developed for this market.”

Bin Wang, CEO of Migu Video, added: “BBC Studios Productions makes some of the best factual programmes in the world and we are thrilled that they are producing this landmark series for us. It is a great opportunity to draw on their production skills and knowledge, covering a subject that is so important to us.”

Earlier this week, BBCS secured its first commission from short-form digital platform Quibi, which ordered blue chip factual series Fierce Queens (working title). The public broadcaster’s commercial arm today revealed its annual report, in which it said it had contributed almost $300 million to its parent organisation over the past 12 months.