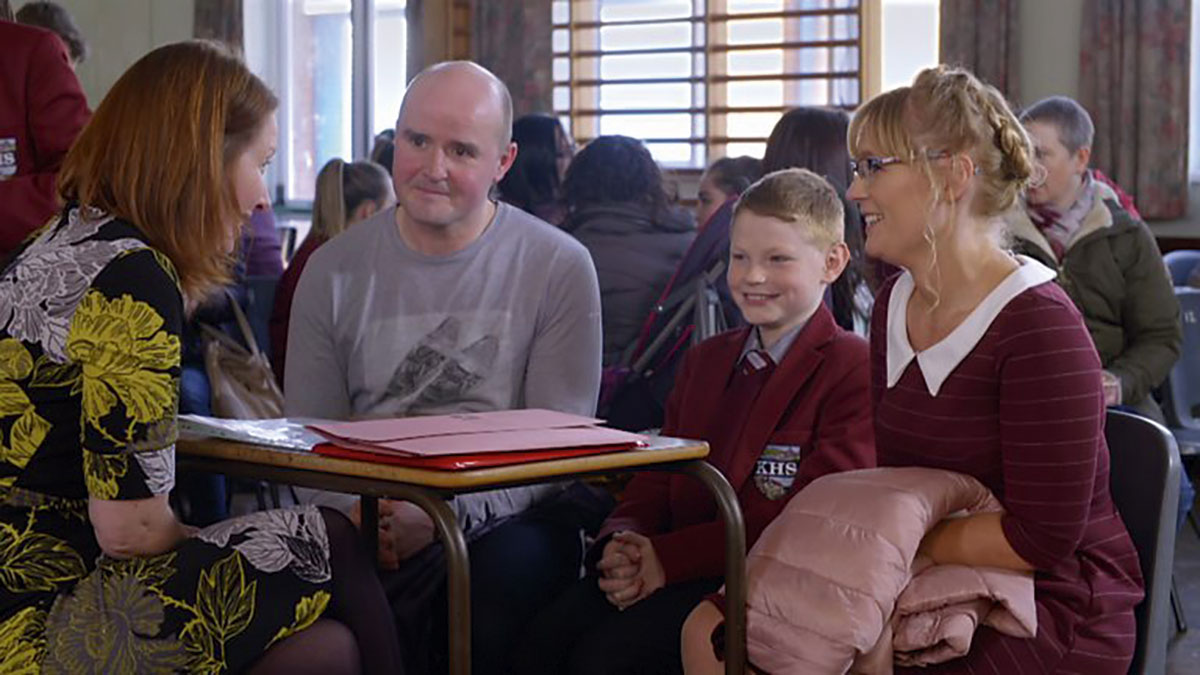 A parents’ evening is often one of the most stressful events of an academic year – for the kids, parents and school.

Now it’s been made into a doc format by Stellify Media, the Belfast-based indie run as a joint venture with Sony Pictures Television. Filmed with a fixed rig across an academic year, it features a different high school in each episode. Audiences learn what the child thinks of their school, what their parents think of the academics, and get a hint about what the teacher thinks, too.

Stellify co-founder Kieran Doherty bills Parents’ Evening as a family sitcom, citing the warmth and humour of Modern Family as an inspiration. “It’s not just about kids in school – their home life is as important to us as their actual consultations.”

Viewers also get to see how parents interact with their kids, while the teachers are also filmed in their staffroom ‘precinct’, away from the kids.

Casting engaging children, parents and teachers was a key production challenge, adds Stellify co-founder Matthew Worthy. So, too, was the need to let the parents’ evening run naturally. “We couldn’t ask for any re-takes if we missed anything. It really focuses the mind,” says Worthy.

Perhaps unusually, the format is being represented by Lineup Industries rather than Sony. Lineup co-founder Ed Louwerse explains: “As ex-Sony execs we knew the guys at Stellify and Sony International very well and came across this title. Without any disrespect, this was one of the smaller commissions in the Sony catalogue and not likely to be a focus. Yet it suits our catalogue which includes titles like Radio Gaga, Taboo and of course Long Lost Family, and we felt we could add some value to the process.”

Louwerse says the initial aim is to focus on Europe, North America and Australia for sales.

The first season of Parents’ Evening aired on BBC Northern Ireland earlier this year, and has already been greenlit for season two.