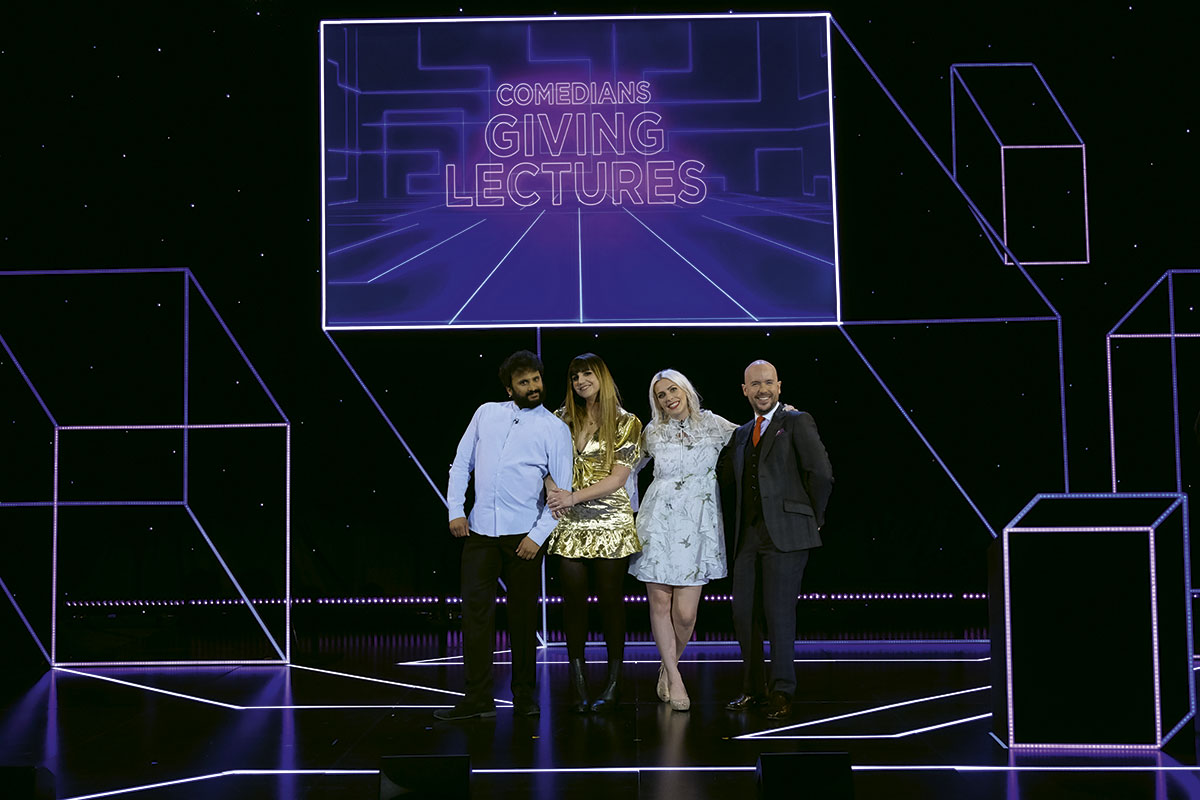 It’s like a TED Talk – but with jokes. Comedians Giving Lectures launched on UKTV channel Dave in September, and the new format sees top comedians deliver their own take on an academic lecture.

Each talk has the title of a genuine lecture – from “10 Ways the World Could End” to “How to Spot a Liar” – but none of the content. The comedians are then marked on their comedy skills by the audience, as well as an expert in the field of their lecture topic.

Mike Beale, MD of global creative network at ITV Studios, positions the show as part of an overall trend recently for “authentic but simple comedy formats that move away from a classic panel show and take funny people a little outside of their comfort zone”.

Beale says that in a world where politicians and experts are arguing over life-changing issues, Comedians Giving Lectures provides a perfect antidote by “taking the big issues and allowing the country’s best comedy brains to find the funny in them”.

Produced by ITV Studios-owned 12 Yard Productions (Eggheads, Who Dares Wins), the eight-part series was filmed in a real lecture hall to make it feel like an authentic lecture was taking place.

Beale notes that the format gives broadcasters the opportunity to showcase a broader variety of comedy talent and is thus open to not only stand-up comedians but comedy actors and other celebrities as well.

It also means that stand-up comedians can’t rehash old material, guaranteeing new content every episode on a wide range of topics – most of which are rarely used as the basis for a comedy routine.

ITV Studios is looking to sell the format into territories with a good precedent of non-scripted comedy, such as the US, Australia, Canada, Benelux and Scandinavia – where Dave hit Taskmaster has been picked up.
Beale adds that the format can work across the board globally.