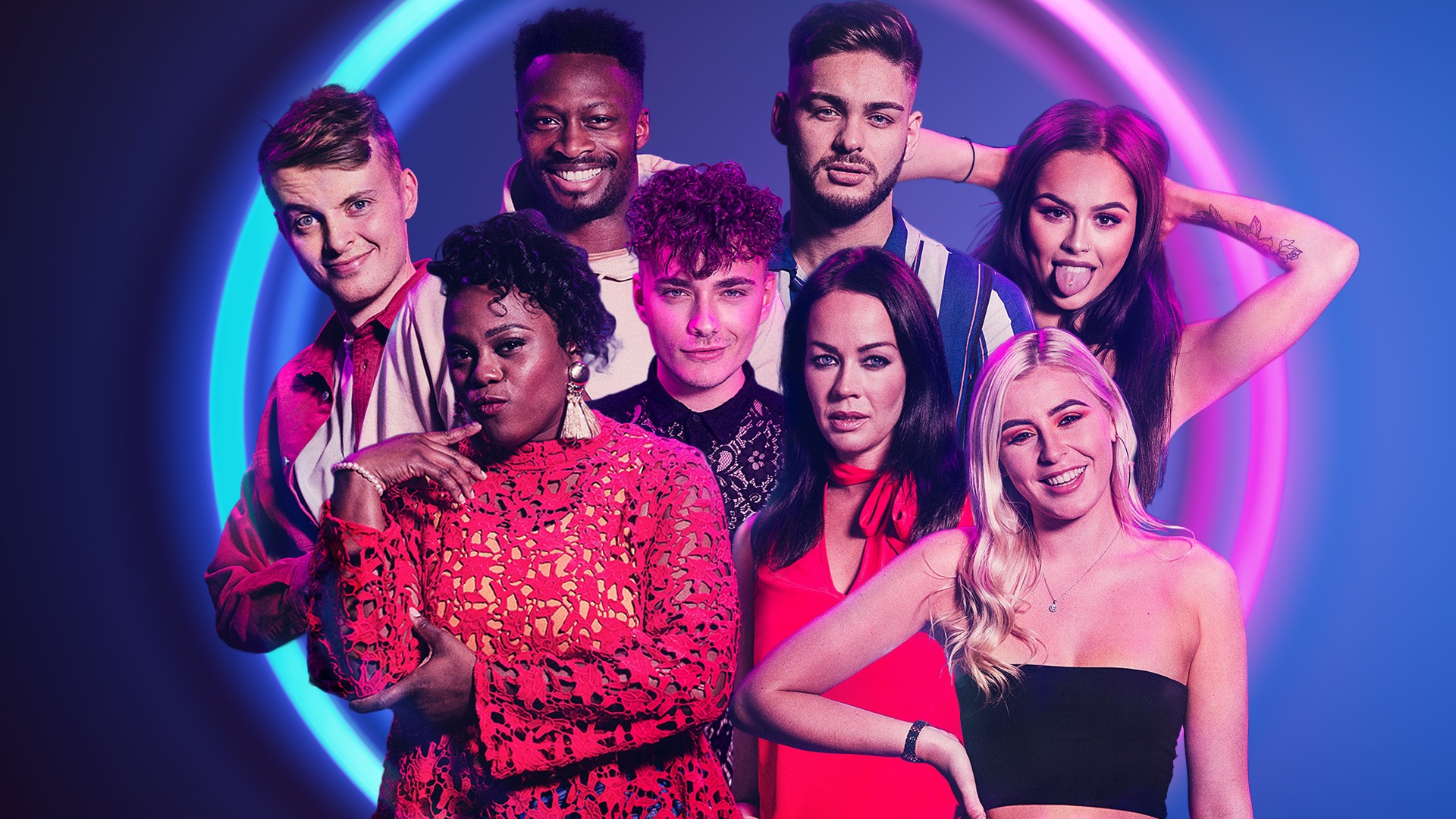 Streamers’ growing interest in formats is providing new impetus and cash into this part of the business, but how can distributors make the most of these demands while keeping broadcast partners happy, too?

For some in the format business, the rise of SVOD services and their growing interest in formats is being seen as both a blessing and a curse. Streamers and their penchant for global rights deals looked for a time to be re-writing the traditional way that the format market worked, securing a hit show then transporting it country-by-country around the world to make your returns. 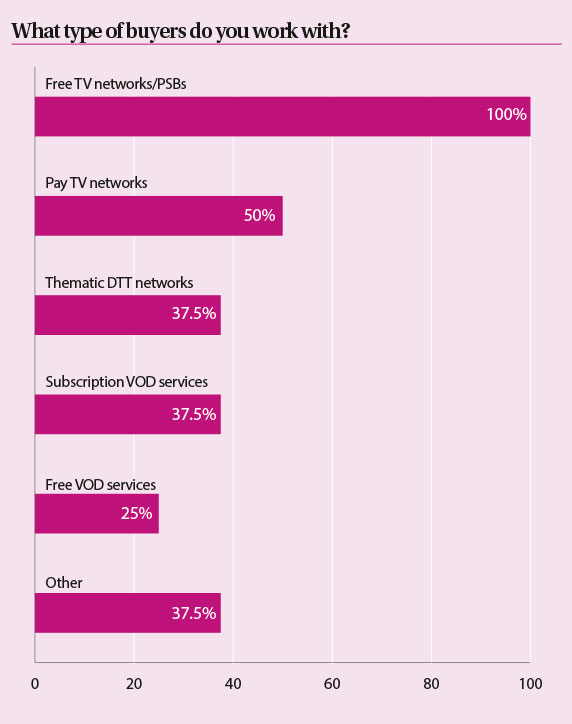 It remains unclear whether that model can persist in the longer term but for respondents of TBI’s format distribution survey, the rise of SVOD players was not the only obstacle to have presented itself over the past 12 months. The major challenge over the past 12 months, in fact, was the falling advertising revenues at networks, a problem that almost 40% of respondents identified with. Some 25% also said the SVOD surge was an issue, and others highlighted market consolidation as one of a number of challenges.

“With audiences consuming content heavily in a non-linear environment, it has increased the exclusivity that broadcasters will seek alongside the requirement for a longer and wider grant of not only catch-up VOD, but VOD for their stand-alone platforms,” says Cathy Payne, chief executive at Big Brother and All Together Now distributor Endemol Shine International.

“If the ad market isn’t healthy this has a knock-on effect across the market; every investment is scrutinised; decisions take longer to be made; the more innovative projects tend to be shelved and overall there is less investment in new content. This in turn has a negative effect on the international distribution business.”

Others cited the lack of risk-taking by broadcasters, which rely on tried and tested formats to reel in viewers as competition for their time surges. And that is having a knock-on effect for distributors, with Idil Belli, head of distribution at Turkey’s Sera Film Services reflecting others in highlighting the fact that “timeslots are limited for new programming”.

Despite the global rights positions of some SVODs, they are largely seen as a good thing for format distributors – three-quarters of respondents said they had been a positive development for the market.

Hugo Brisbois, head of distribution at Paris-based Widenn, which is behind shows such as Hold On To Your Seat and My Partner Knows Best, said SVODs were providing “competition to the traditional broadcasters,” which, he added, was “a good thing for negotiations”. 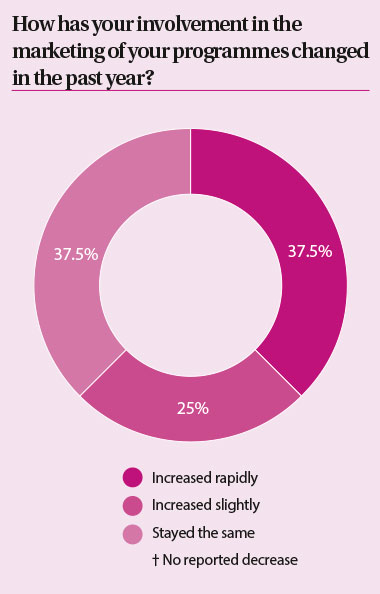 But this side of the business is still clearly in its more nascent stages, reflected by Small World IFTs president Tim Crescenti’s admission that there are “more opportunities yet it is a ‘wild west’”.

Most also expect their businesses – and the format market as a whole – to improve over the next 12 months, but the challenge of rights ownership was a significant issue for companies, with 50% of respondents admitting it was their most pressing issue. Financing and investment came a close second, with more than 37% of votes.

Yet there is clearly a bright outlook among format distributors, with almost 40% of respondents reporting that demand for their product has increased by more than 50% over the past 12 months.

A further quarter said demand was up by 25%, while all respondents said the number of buyers they were dealing with had risen over the same period – 50% reported buyers were up by 20%, while a further 50% said their acquisition clients had risen by at least 10%.

Free TV networks and public service broadcasters remain the most ubiquitous buyers, respondents said, with all companies working with such clients.

A smaller percentage, just over 37%, said they worked with SVODs while half said they counted pay TV networks among their client list.

There was also a noticeable uptick in the interest in formats from streamers, with almost 90% of respondents agreeing that these newer entrants were delving deeper into the format side of the content business. 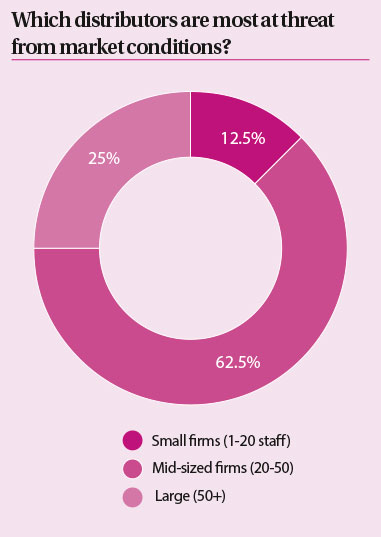 In terms of what is actually selling, respondents were clear that factual entertainment formats remain among the most sought after type of show with buyers, along with gameshows and series that can be produced through ‘hubs’.

Demand, meanwhile, has been increasing across Europe, with over half of respondents reporting Central and Eastern Europe as one of the fastest growing regions when it comes to selling.

Elsewhere, Western European clients also fared well, while Russia and the CIS region plus the Middle East and North Africa were also cited as being regions where demand has been growing the fastest.

Working out how SVOD’s will continue to affect the format industry might still be a work in progress but it is clear that formats can still travel, even if it is not at the pace or extent that they once did. But the takeaway is clear: the remake business can still thrive on a global basis.