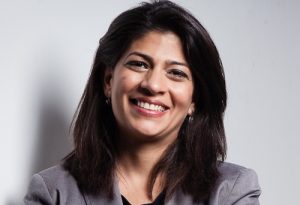 Netflix has appointed former BBC Studios (BBCS) exec Myleeta Aga to oversee programming for the service in Southeast Asia and Australia and unveiled an expanded deal with Karan Johar.

Aga was until recently in interim charge of BBC Studios’ operations across Asia, a role she took up in July after former chief David Weiland returned to the UK.

Weiland has now been replaced on a full-time basis by Jon Penn,  who had overseen Australia for the UK’s commercial broadcaster, with Aga leaving to join Netflix.

She had spent more than a decade with BBCS, overseeing Indian remakes of shows including The Office and Criminal Justice, and before that worked for the Travel Channel.

The streamer already has a deal with Johar to host forthcoming dating show What The Love? and was behind Netflix film Lust Stories, but the new agreement will see Dharmatic create scripted and unscripted series for the company.

Johar, whose company will also work on films for the streamer, said: “With its unique creative freedom and instantaneous global reach, Netflix provides a fearless space for creators.

“I’m super excited about the projects we already have in development and the limitless possibilities ahead. To create universal stories from India that the world discovers is an incredible and unprecedented opportunity.”

Bela Bajaria, VP of international originals at Netflix, added: “I am incredibly excited about our partnership with Karan Johar – one of India’s greatest modern storytellers. Johar and Dharmatic Entertainment will have all the creative freedom and support they need to create pioneering dramas and unscripted series – as well as films – for our members all over the world.”