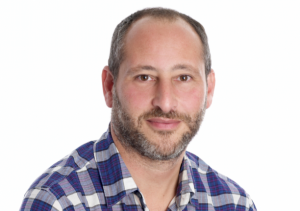 BBC Studios’ exec VP of Asia David Weiland (pictured) is stepping down from his position to take on a new globally-facing role focused on the company’s working culture.

Weiland is returning to the UK to take up the newly created position of exec VP of engagement for BBC Studios, having spent five years overseeing operations for the commercial arm of the UK public broadcaster in Asia.

During his tenure, BBC Studios increased its revenues from the continent by more than 60%, introducing on demand services BBC Player and BBC First in South East Asia, as well as expanding its scripted formats across the region with deals that included Mistresses being remade in Japan.

He also expanded BBCS’s operations in China, with format deals for dramas such as Life on Mars and partnerships on natural history and children’s programming struck with Tencent. He also worked on the organisation’s first fully funded commission in China with Migu.

BBCS said his new role is part of the company’s “ambition to be one of the best places to work in the world and signals the importance the company is placing on its culture.” TBI understands he will report into BBC HR director Jabbar Sardar, with his replacement in Asia now being sought. Myleeta Aga has been named acting exec VP of Asia in the interim.

“Along with many others, I believe culture trumps strategy as a prerequisite for success and I’m really excited to take up this important new role in London,” Weiland said.

“I have thoroughly enjoyed the last five years in Asia and I’ll miss the many colleagues, customers and partners, who together have helped build a business of which I am immensely proud.”

Paul Dempsey, president of global markets at BBC Studios, said: “I would like to acknowledge the significant and successful role played by David in his five years in this role. The team’s financial and strategic successes in that time speak to the strength of his leadership, and I am delighted he is taking on an important new challenge within BBC Studios.

“We are fortunate to have a leader of Myleeta’s stature to step in and ensure a seamless transition while we conduct a recruitment process for a permanent replacement. As well as her excellent commercial mind and approach, Myleeta has great relationships throughout the region and unparalleled knowledge across production and distribution.”