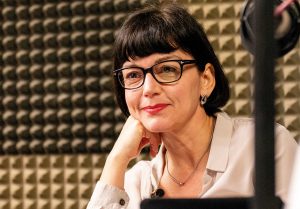 Catherine The Great and Patrick Melrose distributor Sky Vision is to be formally rolled into NBCUniversal Distribution from October 1, ahead of Mipcom later in the month.

The changes, which were first revealed in April, come after Comcast acquired European pay operator Sky last year for $40bn. It subsequently chose to close down the broadcaster’s sales arm, headed up by Jane Millichip, resulting in a small number of job losses.

Millichip is now chief commercial officer at new production banner Sky Studios, which has a remit to develop and produce shows for Sky channels, NBC broadcast and cable channels, and Universal Pictures.

The company has been heavily backed by Comcast and has its first project in the works with Jude Law-starring drama The Third Day. The studio will also see its investment in programming double over the next five years.

Sky Vision was launched in 2012, following the pay operator’s acquisition of Parthenon Media, and went on to become a force in UK distribution, with a slate that includes factual series such as Tide, dramedy Temple and formats such as Revolution.