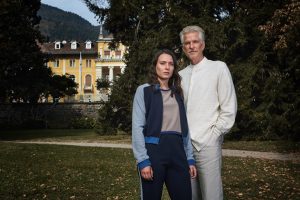 The fast-growing German media group backed by US investor KKR, which includes Tele München Group (TMG) and Universum Film, has revealed the senior management team of its licensing division.

The yet-to-be named corporation, which is made up of production outfits including TMG, Universum Film, Universum, i&u TV and Wiedemann & Berg Film, will have a catalogue of more than 7,000 titles including Sanctuary and feature film Moonfall.

Cosima von Spreti becomes head of co-finance and co-production, while the acquisitions team will be supported by Thomas Augsberger and his LA-based company Eden Rock Media. Augsberger has been a long-term advisor to TMG in the acquisition of feature films and the development of film and series co-productions, and will remain the primary contact for US-based licensing and production partners.

A new senior VP of sales will be appointed later this year, with Kogel leading the department in the interim until the exec, who has signed a contract but has not yet been named, can start.

Myriam Gauff will report into Kogel as senior sales manager in Germany, while heads of digital distribution Marc Arndt and Danny Humphreys will report into him for SVOD rights. Elsewhere, Thomas Müller will lead the newly created licence services division, which will support sales and acquisitions, while Giannina Antola is head of international sales.

Kogel described the division’s creation as “an important milestone” in the company’s restructuring. He added that the firm “will invest sustainably in new international feature films and series and at the same time be able to perfectly manage the creation of value nationally and internationally across all stages of exploitation.”

Earlier this week Universum Film’s managing director and former RTL exec Bernhard zu Castell was named head of distribution at the new company, while yesterday it emerged Herbert Kloiber Jr, MD of TMG, would be leaving the firm.