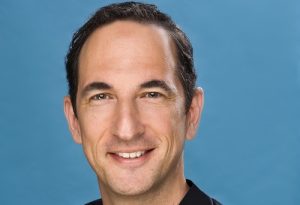 Rogers Media in Canada has appointed the former managing director of Facebook and Instagram in the country as its president.

Jordan Banks (pictured) will take up the role on September 9 and spent seven years at Facebook and Instagram, having previously led eBay Canada. He will replace Rick Brace, who is retiring from Rogers having been president since 2015.

Banks will oversee Rogers’ Citytv and OMNI Television divisions, as well as Sportsnet, Rogers Radio, and The Shopping Channel (TSC). The Canuck firm said he would focus “on driving growth across sports and local in the current digital environment.”

Banks said: “I am honoured and excited to build on Rick’s legacy and look forward to working with the team to drive the next wave of growth across our sports and media businesses.”

Joe Natale, president and CEO of Rogers Communications, added: “Rick is a seasoned business leader who measurably reshaped our media business for the future and I would like to thank him for his many accomplishments. Jordan is a globally respected and transformative digital executive who will build on Rick’s legacy to drive future growth.”