Five key lessons TV can learn from the film world 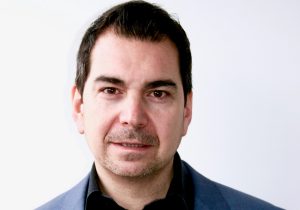 Carlo Dusi, exec VP of commercial strategy for scripted at Red Arrow Studios International and formerly of Scott Free Films, discusses what TV producers can learn from their once dominant big screen cousins.

It wasn’t long ago that TV drama was considered the poorer cousin of feature film.

Now, thanks in part to the successful rise and deep pockets of streamers, we are living through a TV drama golden age. Pay-TV firms and traditional broadcasters are investing in ambitious projects, commissioning big budget shows with top-level talent and offering the best production values. With more choice than ever before, viewers are the winners.

To create such expensive dramas, producers have to borrow heavily from the filmmakers’ playbook as their skillset is now particularly relevant in the scripted landscape – both creatively and financially.

It’s a journey I’ve made too – in my previous job at Scott Free Films, executive producing films such as Before I Go To Sleep, Get Santa and The Aftermath, and TV dramas like Taboo, and now working at Red Arrow Studios to package, finance and produce scripted drama.

Having come from the independent film world, I’ve picked out five lessons that are applicable to today’s scripted TV landscape:

1. Be global or be local

If you are making a broad, globally appealing show you need to think big, as audience expectations are very high in terms of talent and production values. Alternatively, if you are focusing on local content make sure it is authentic, as the specificity that enhances its chances of success locally can also help attract international audiences.

Independent film producers have long relied on foreign co-productions and pre-sales to get projects off the ground, and now high-end TV producers have to do the same. A series used to just need an anchor commission, now audience expectations are so high that a single broadcaster can no longer afford to foot the bill. You have to leverage the value of your international rights to make up the budget of pretty much any scripted show. This means operating globally and networking accordingly. 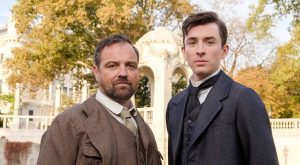 3. Be creative and flexible on the business side too

The budgets, talent and production values of independent films used to be bigger than those of TV dramas with complex financing, laboriously stitched together from multiple sources. TV producers now have to be similarly creative. One example is being flexible about where they film to tap into generous subsidies that many countries now offer for scripted TV, while new tax incentives for high-end TV continue to launch. Western Sweden has just launched a 30% rebate for international productions, while Russia is set to launch a 25% rebate scheme. The financing of our show Vienna Blood (pictured) from Endor Productions and MR Film, combines UK tax credits with subsidies from the Austrian TV Fund, Vienna Film Fund and Austrian Culture Fund, against a co-commissioning commitment from ORF and ZDF.

For indie filmmakers, finding creative ways to make a project stand out is a vital skill. They will think about marketing from the start – at the pitching and financing stage as well as when they take their film to market. It’s important to think hard about when to release a first image and trailer, the right festivals to attend and screening opportunities. It is all about creating a sense of prestige and value, and these tactics are becoming increasingly relevant for high-end TV.

5. It’s all about talent…and talent reps

Film has long been a talent game and so too, now, is high end TV drama. If you can access strong talent relationships, you have a major advantage. Consequently, agents and managers representing strong writing, directing and acting talent have acquired the same power in TV that they have wielded in film. Never have TV producers had to be more savvy in their approach to talent – and their reps – to secure the level of names that can make their package stand out.