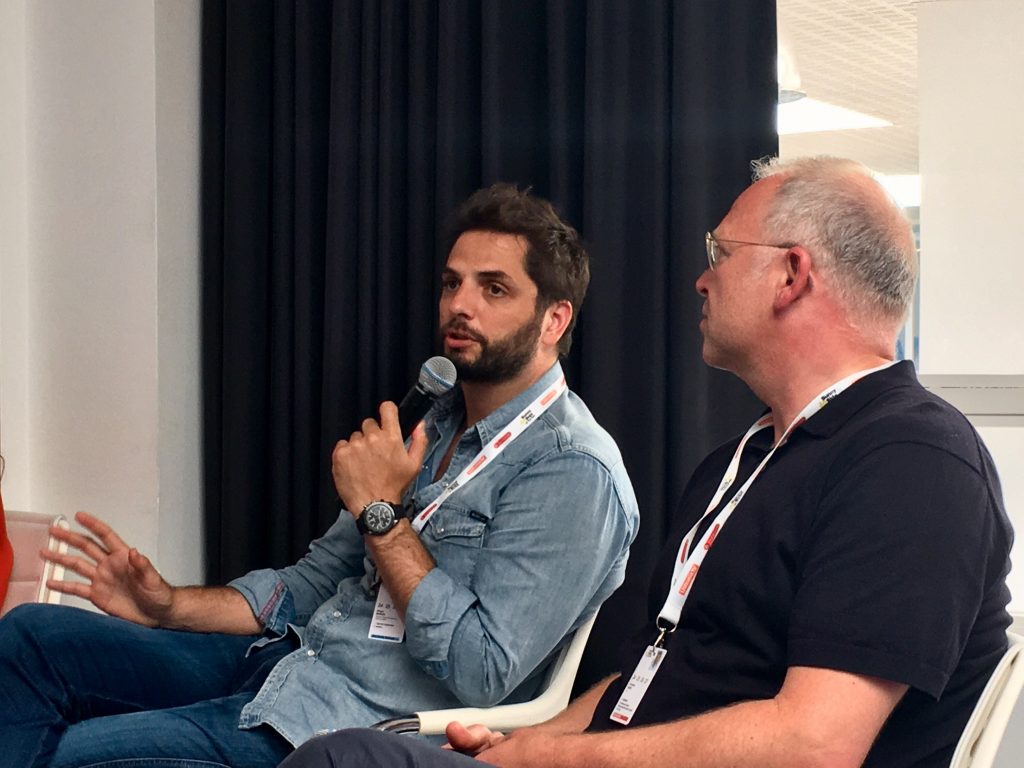 Netflix exec Diego Buñuel has called for “insane” contemporary stories that can “punch through the grid” as the business ramps up European production going into 2020.

The exec, who delivered a presentation at Sunny Side of the Doc in La Rochelle on Tuesday (25 June), impressed delegates with his candour about working for the SVOD – “They erased my memory; I have no recollection of my previous life,” joked the former Canal+ exec – and the high standards it now requires of documentary fare.

Buñuel’s objectives in La Rochelle have been abundantly clear: noting that it has now “worked with the best” American and British creatives, Netflix is open for business with Europe.

“It’s our biggest market and moving very fast,” he says. “My goal is to work with great directors and help them develop their stories [so] we can have docs that resonate in Europe but also globally.”

To this end, Buñuel – a former Canal+ docs boss who relocated from Paris to London last spring as part of the original UK team – is moving back to France this year to expand European doc originals. The exec, who is among the first of its directors to properly delve into details surrounding its commissioning strategy, says he will aim to commission between 2-4 projects from major markets.

We’re in the middle of a big cultural change at Netflix where we will be giving out more information to our producers and directors. It’s important for the talent who work with us to understand how well they’re doing.

“My old job was easier in the sense that it was [either] a good or bad project and that was pretty much my only thing to do. Now at Netflix, there are lots of other parameters: is it a good project for festivals, or for audiences, or for relationship-building?

“We’ve also got a lot of data around how people are watching and consuming series and feature-length docs. We understand now that when you do more than four or five episodes, there’s a huge drop in audience, so when we are pitched projects with 10-12 episodes, we tell people to be more concise with their storytelling, and to be more sharp.”

Buñuel says he sits in on meetings that cover everything from scripted shows to technology, likening the experience to getting a university degree – but he is realistic about the high-stakes nature of working for the business, which is known to be cut-throat in people management.

“I’m commissioning now my first ‘local for local’ projects in all these European countries that will come out in 2020, and we will see if my choices were the right choices. If not, someone will be speaking in my place next year,” he laughed.

Buñuel’s overtures to the European doc community – which included a breakdown of its commissioning structure (see below) – are also a sign that the SVOD may be changing its tactics when it comes to transparency around its inner structure and mechanisms, as well as data for consumers and its creative partners.

The exec told TBI: “We’re in the middle of a big cultural change at Netflix where we will be giving out more information to our producers and directors. It’s important for the talent who work with us to understand how well they’re doing.”

He added that there is a “big exec decision the company is making” around transparency going forward, under the directive of chief content officer Ted Sarandos. 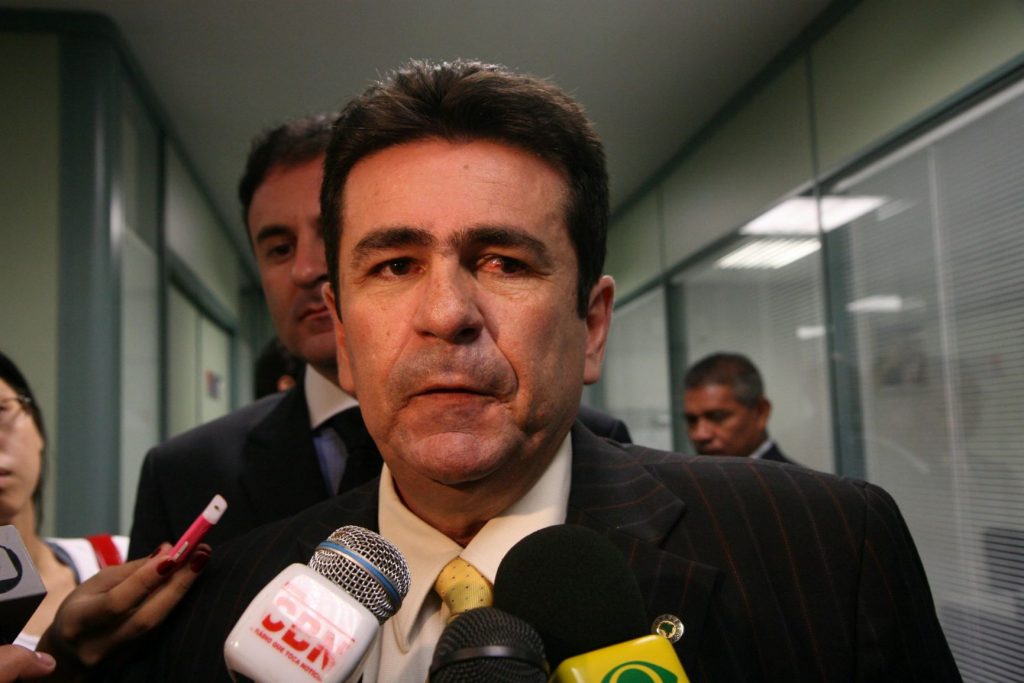 Buñuel highlighted that Netflix’s ‘Local – Glocal – Global’ strategy will open up more slots for non-English language doc fare. The strategy is two-prong and covers both ‘local for local’ stories and ‘local for global’ propositions. All are available globally, but the former will have a more concerted push in home markets.

I’m sick of seeing scripted shows based on true facts. We are true facts. No one can make up reality. It’s so insane. And those are the stories we want to do on Netflix.

“[‘Local for local’] doesn’t mean it will be shown only in that country. It means our PR, marketing teams and homepage will push that title stronger in that territory,” he explained.

“This local strategy started this year, and we’ll start seeing the first films in late 2019 and 2020 in Spain, Italy, France, Germany and the UK. We will expand in 2021 to Poland and the Middle East right after that.”

Meanwhile, ‘local for global’ films are “stories we can market worldwide because a story is broad enough to appeal to wide audience,” he said.

As Netflix attracts more subscribers outside the US, it needs to “start addressing their narratives, their people and their societies,” said Buñuel.

“We need big things, because we’re trying to reach a lot of people around the world and if they’re not big or strong enough, they’ll be eaten up by the amount of titles on our platform.”

What is the original docs team looking for?

Buñuel, an outspoken exec since his Canal+ days, spoke passionately about the power of factual content on Netflix.

“I’m sick of seeing scripted shows based on true facts. We are true facts. No one can make up reality. It’s so insane. And those are the stories we want to do on Netflix,” he said, citing Killer Ratings.

“If story goes from A to B, it’s not for us. We need A to B and then Z and back again. We need crazy stories. You can’t make this stuff up, it’s wild,” he said of Killer Ratings.

The exec stressed that he is looking for stories that cover “mostly contemporary issues” – particularly for projects destined for the Originals slate.

“People come to me with history projects, but we don’t really do those docs because they’re so well done by broadcasters such as ZDF, BBC and Arte.

“We buy a lot of those because they do well, but we don’t commission so much because we feel we don’t bring anything new. We don’t want to compete with broadcasters, we want to give another offering.”

Indeed, Buñuel was clear that the originals team rarely moves on co-productions. The only cases where it makes sense for Netflix is when the story is set outside the country of investment.

For example, with Canal+’s The Staircase, “because it’s an American story from a French company, we let them have rights in France and took global rights outside”.

Elsewhere, Buñuel discouraged producers from focusing too much on themes, and instead pursuing singular stories focused on single characters.

“We don’t look for themes, we look for stories. I’d rather have one character, with a great, complex and rich narrative.”

Docs can come to the originals team in three ways: feature docs, doc shorts and short series, and limited series.

Feature docs are about building festival and awards buzz, said Buñuel, who defined such a project as “a creative object carried by a director with an editorial and creative vision, with a great story to be told”. Netflix wants these authors and directors “recognised at events”, he added.

The platform also does “several doc shorts per year”, which are largely overseen by Jason Spingarn-Koff, the former New York Times Op-Docs exec who joined the platform in 2015. Short series, such as Explained, are also pursued in this strategy, working particularly well for mobile.

Rounding out the trifecta are limited series such as Wild Wild Country, Evil Genius and Salt Fat Acid Heat.

Buñuel was adamant that the docs team does not commission based on Netflix’s algorithms. “It is absolutely not true that the algorithm chooses what we choose. It doesn’t decide what we commission, but rather what you watch.”

How to punch through on Netflix

Ultimately, content needs to be punchy to stand out against the platform’s other offerings.

“We don’t have a specific documentary section. It’s all rows and your [project] is in the middle of everything, so it’s the strength and entertainment value of the story you’re telling,” said Buñuel.

“With Marvel on the left and [Alfonso Cuaron] on the right, is your storytelling value strong enough to punch through the grid for global audiences?”

He also lifted the lid on the dynamic nature of the homepage, and the “20-30 icons”, or thumbnail images, created per title to optimise shows across different regions.

“We test them every day. If we see people are going on and no one is clicking on this, we will use [another icon]. And if you are clicking on that one, we replicate it [across that region],” he explained, noting that every image is tested across different territories.

Diego Buñuel
Director (London currently, but moving back to France)