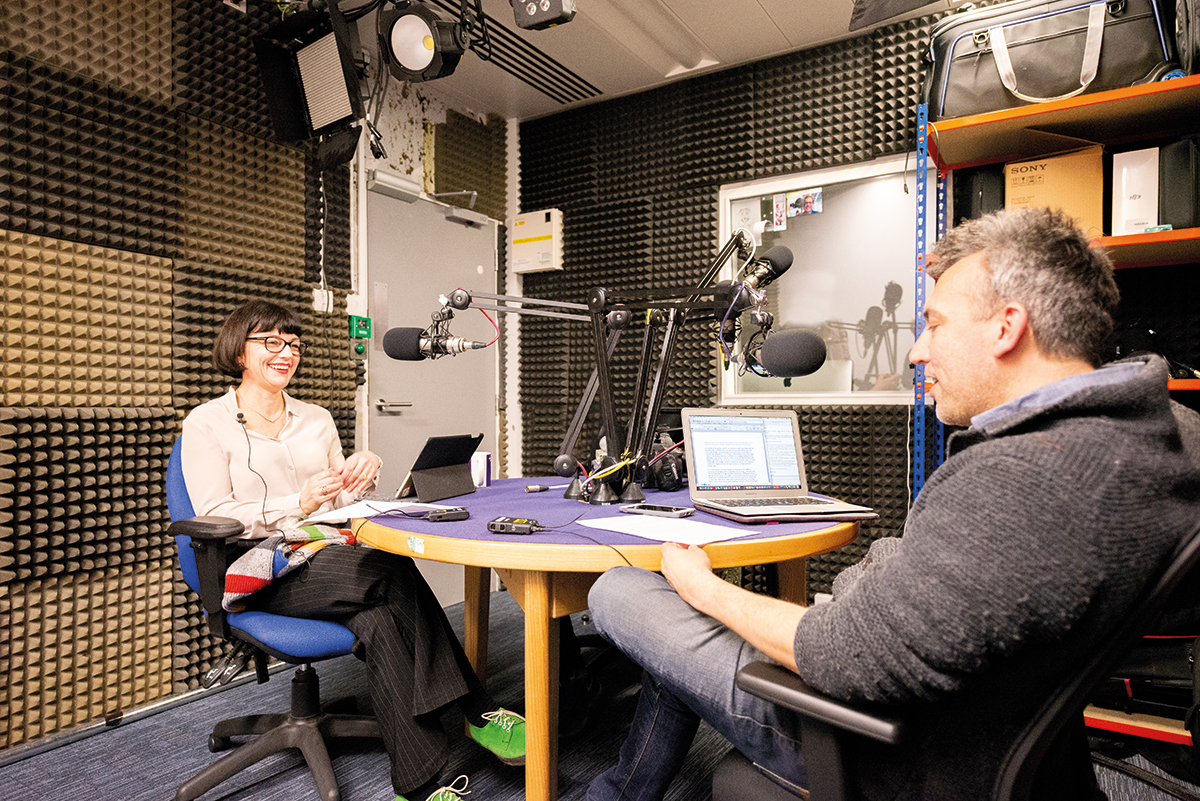 For TBI’s first edition of ‘One-to-One’, a regular feature in which two high-profile execs interview one another to discuss the hot topics in TV today, Les Misérables producer Chris Carey talks to Sky Vision’s Jane Millichip about co-production, SVODs and dream projects

The two British entertainment powerhouses have worked on some of the most high-profile scripted TV projects in recent years, giving them much to talk about when it comes to market trends. Meeting for the first time at TBI’s studio in London, however, talk first turned to their illustrious careers and how they built them.

Carey is executive producer at Lookout Point and a TV veteran whose recent producing credits include BBC One’s Apple Tree Yard and Les Misérables – the event series which drew 4.5m viewers on its opening night. He started his career in the factual business, eventually going on to build his drama shingle Welded Tandem Picture, through which he produced Sky hit This Is Jinsy. In the last few years, the exec says he has been focusing on “making increasingly bigger, high-end dramas”.

Meanwhile, Millichip is the driving force behind Sky’s international production and distribution arm – soon set fold into NBCUniversal Global Distribution – which has handled supersized scripted titles such as Britannia, Riviera and Blood. She is set to receive MIPTV 2019’s Médailles d’Honneur, an award saved for senior executives, who through their leadership, have made a significant contribution to the international TV community.

Here’s a closer look at what the duo discussed, including market changes, meaningful projects and getting eyes on screens.

A marriage between commercial and creative

For projects to come to life, commercial and creative objectives are increasingly tied closer together, according to the execs.

CC: What I’ve witnessed in the past five years in particular, but in acceleration, is the converging between creative and commercial, which seems to be extremely important going forward.

JM: Yes it is. The experience at Sky has been interesting because before Sky Vision was created six years ago, it didn’t have a distribution arm. Now we work hand-in-glove with the commissioning team, and it’s so much better for it.

We work really closely with Cameron [Roach, Sky’s head of drama] and his team and he really wants to know what we need to sell a show.

Now, I know our place in the mix because if a show’s been commissioned for Sky Atlantic or Sky One, it needs to look and feel a certain way and that’s not for me to dictate, but there are allowances you can make even when you’re commissioning for a very specific channel for the onwards international exploitation of that show. 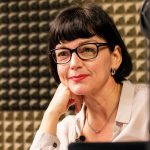 As commercial and creative teams continue to merge, the execs agree that co-production has evolved into a better, more cohesive model.

JM: We’re not making Euro-puddings anymore, where the shopkeeper is Italian and the teacher is Brazilian and the third man from the left is Polish, just to get a Polish subsidy.

A good co-production doesn’t dilute the editorial, it enhances it.

CC: We’re all much more focused on global content now, but I feel quite strongly that we need to temper that and put British culture and stories at the heart of projects.

We don’t need a Finnish person where they don’t have to be. The French can make Call My Agent and it sells everywhere.

JM: Years ago we had a comical view of co-production, which was ‘my show, your money’. I remember working with channel teams and commissioning teams, which was really difficult because there was intransigence that the editorial remained in the UK but it needed someone else’s money.

The trick is to know what the roles are before you start, rather than working before you go. So, if you’re going to have rows, have them beforehand.

The execs discuss how streaming platforms, which are increasing in number with the entry of Disney, AT&T and Apple, are changing the distribution and rights models.

JM: With SVODs, they’ve dramatically changed our view of rights because, generally, it’s one deal and [the show’s] out in the world. So, at Sky Vision, even though we’re a rights management business, I’ve encouraged producers we work with to look for a mixed economy, so some work-for-hire and some retained.

CC: Because how can you build value in a company when you’re just doing-

JM: Work-for-hire? You just have to make sure you have proper margins

JM: Because the margins become absolutely sacrosanct in that situation

CC: Absolutely, because people always talk about high premiums, but they’re not always high, are they?

JM: No, no, and I’ve seen some Netflix deals that are really difficult for the producer because they’ve got neither the rights nor the margin. Sometimes, they’ve got a deficit with unsalable rights where Netflix encourages a so-called co-pro deal, but actually the rights that Netflix gives you to trade don’t hold value.

There is a finite budget for broadcasters

Streaming platforms have inflated the price of drama, and the execs believe it’s having an impact on broadcasters.

JM: SVODS have brought us great ambition and fabulous shows, but when you’re funded differently it creates a great challenge for traditional telly.

CC: Yes. One of the challenges commercially is how you keep a pace of what shows actually cost to make when you’re planning things. I remember doing deals for Les Mis – when we did the numbers they looked appalling at the time.”

JM: When you’re funded differently, it creates a real challenge for traditional telly. There is a ceiling of spend on finite budgets for broadcasters. Whereas if you look at the participants in the marketplace that don’t derive their income from entertainment like Amazon and Apple – they’re a delivery company and hardware company using entertainment to promote other business.

Netflix is in our camp as an entertainment business, but they’re still in growth phase and there’s still a lot of debt in that business. It’s still not making money. It’s spending more than it receives in subscriber revenue, so that inflation budget can be quite harmful to the linear world, which can’t possibly work on a deficit strategy.

CC: But that’s part of their strategy.

JM: Yes, but there will be a point where they have to start making some money, presumably, or sell it to someone who doesn’t care enough.

CC: I was quite proud of what we managed to do with Les Mis – it’s a BBC show. It’s fantastic, whether it’s the BBC or you guys, that businesses are taking a risk, and long may it continue.

We just decided with Les Mis that in 18 months [the numbers] won’t look bad at all, and it will look like a good deal.

Event series are important for linear 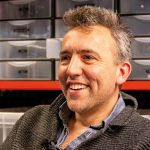 I’m not pretending we’re saving the world, but my least favourite phrase is ‘it’s only telly’, because it’s only said when it’s meant to make you feel better when things are tough

Both execs have projects that have been or will be major TV events, which they think is important for the future of broadcast TV.

JM: I’m really pleased that there’s a bit of a revival of event series like Les Mis – it’s really important for the terrestrial world. If the linear world still has an advantage over SVOD, it’s being in the moment.

CC: It’s amazing how much appetite there is for the communal experience. We all loved talking about Bodyguard or Doctor Foster the next day.

JM: You can time-shift it, but people want to talk about it and if it’s only on for a couple of weeks, you tend to watch it.

CC: Yeah. It’s led to a convergence of film stars heading to TV as well, but they’re not going to commit to a seven-year option. They’re going to say, ‘Yes, I’ll do that specific piece,’

JM: We’ve got Catherine The Great coming out this year, which is a four-parter from New Pictures and Original Pictures for Sky Atlantic and HBO – and it’s like, ‘How do we get to work with Helen Mirren?’. Well get a great script, a great character and make it limited. She’s not going to commit to The Walking Dead anytime soon.

Among future dream projects, Carey says he would like to make something that impresses his children, while Millichip is keen on more innovative titles such Sky’s I Am – a Me & You production that features improvised scenes. Both execs agree, however, that TV has to be meaningful.

CC: There was a time in my factual career when every title had the world ‘celebrity’ in it, and I didn’t think it was particularly nourishing for culture. I only really want to do things that have some benefit.

JM: If we look at the statistics on how much time a day the average human is watching TV content, you think, ‘It better be bloody good.’

CC: I’m not pretending we’re saving the world, but my least favourite phrase is ‘it’s only telly’, because it’s only said when it’s meant to make you feel better when things are tough.

This feature first appeared in TBI’s April/May issue for 2019. The discussion between Chris Carey and Jane Millichip took place on 14 March 2019.