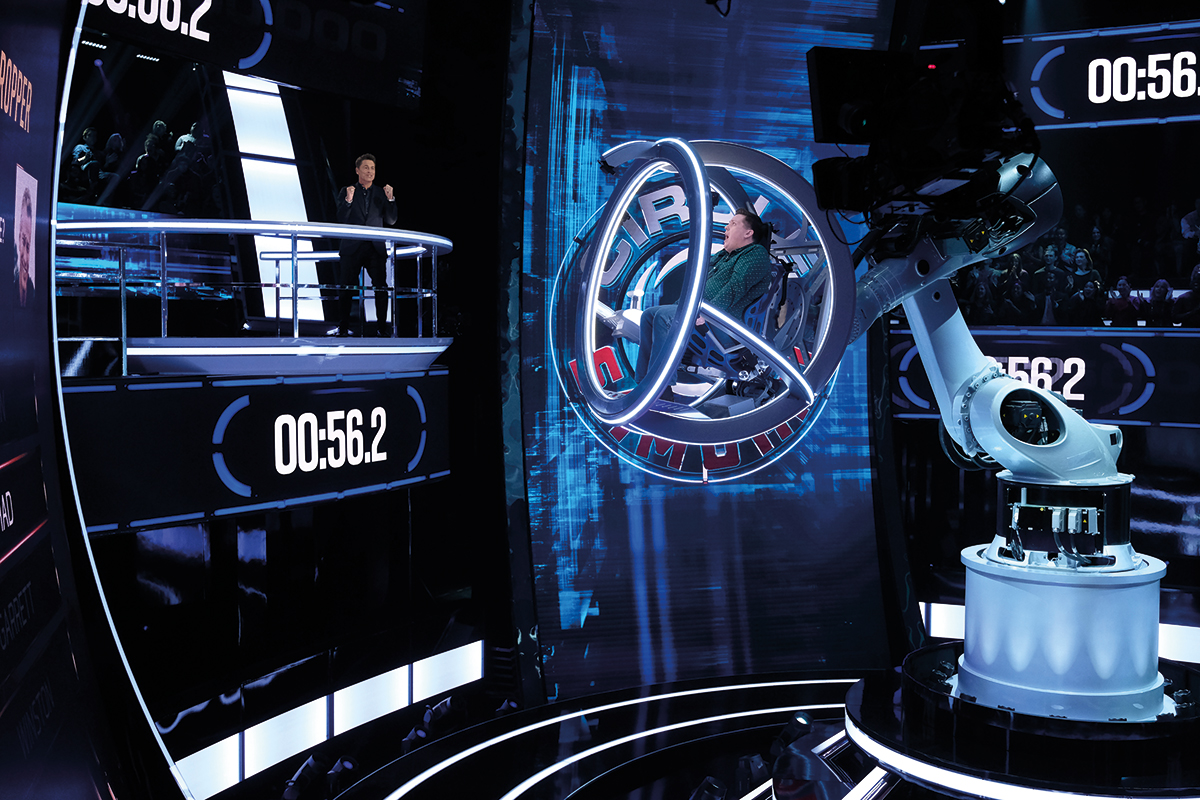 Host and executive producer Rob Lowe, who was in the UK for Warner Bros.’ first UK Screenings event in February, called the studio’s latest offering Ninja Warrior a format for the mind .

The show’s scene-stealing centerpiece is a German-manufactured mechanical arm that is used in everything from production lines to theme parks, which rotates and spins contestants as they try to answer various trivia questions across a “mental obstacle course” that feature four pillars of questions, covering general knowledge, memory, puzzle solving and sequencing.

“If you have a blind spot, this game will find it,” says Lowe, who notes that “failure is almost the best part” of the show. The actor gives the example of an astronaut contestant, who was out on the first question – a surprising feat given astronauts train in similar fast-moving capsules.

Indeed, the show’s set-up provides a unique opportunity for a range of contestants, and Lowe says casting is a key part of the format.

“We found fantastic people,” says Lowe of the US programme, which premiered in March. “They’re all really interesting and unbelievably smart. I talked to people that trained by riding rollercoasters while being quizzed by their family.”

Andrew Zein, SVP creative for format development and sales at WBITVP, says there is hub potential for the show following a first international series commission. Two territories are in active discussions, while “plenty more” are interested.

The exec also reassures that the arm, which is called ‘Ava’ out of the US, is not as expensive as it looks on screen, and can easily be replicated.

Zein also adds that the celebrity aspect of the show is flexible. If the format launches in primetime, an A-class star will surely draw an audience. “However, in other territories, Mental Samurai might well play in prime access or stripped” which will change the tone of the show.

“It’s a really fun and engaging programme,” says Zein. “The way it has been cut together is similar to Ninja Warrior, and provides for a fun, pacey commercial hour.”