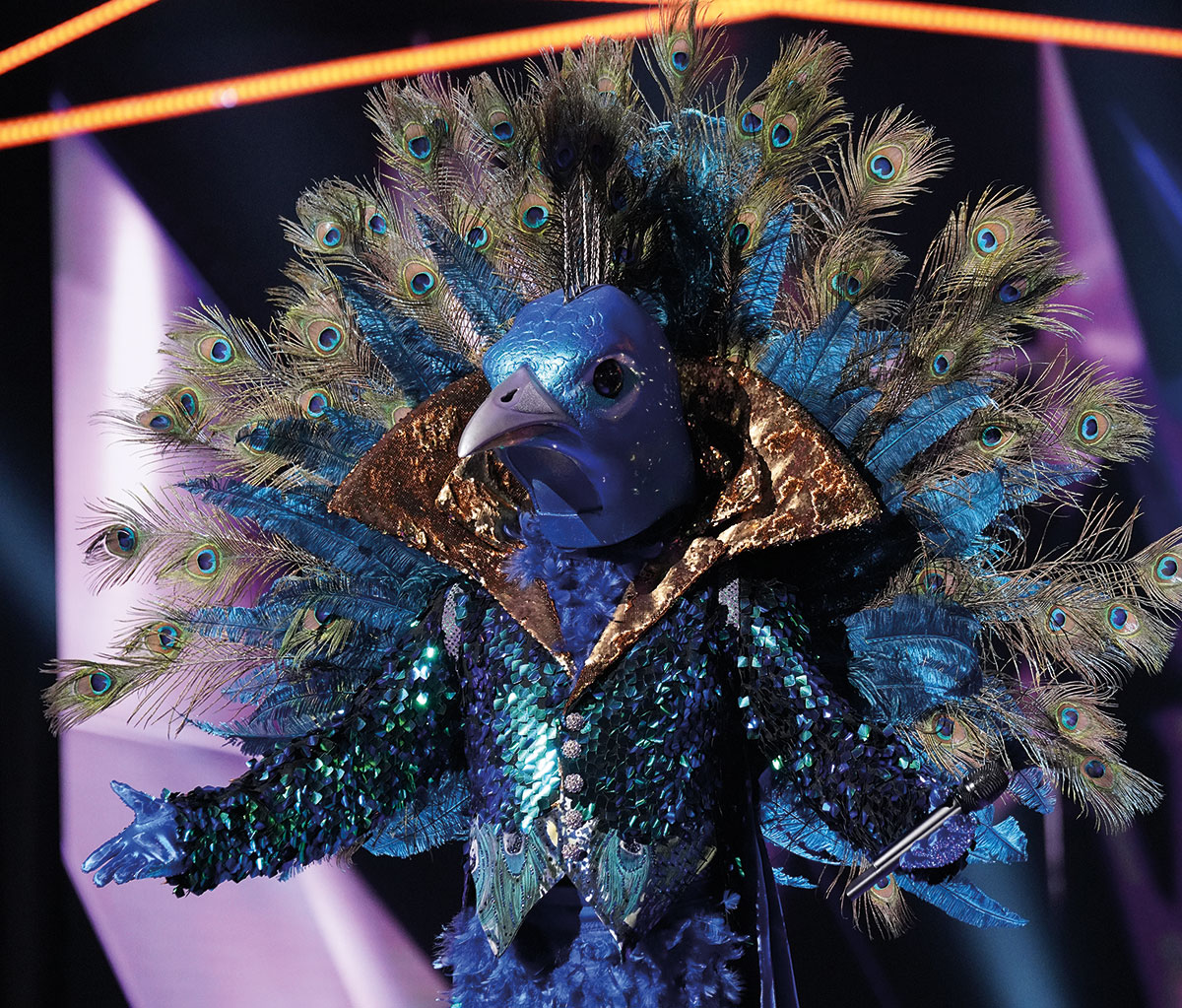 The runaway success of The Masked Singer is putting costume-led formats back in the spotlight and sparking interest in other quirky, visual shows. Manori Ravindran investigates the logistics of pulling off a masked feat

A year ago, if anyone had suggested that a bunch of singing, dancing celebrities would inform the industry’s most innovative entertainment format in years, they may have been told there was a better chance of a one-eyed monster winning a primetime competition on Fox.

As it happens, all of these things happened in the same breakout show. Fox’s The Masked Singer was the runaway hit no one saw coming, premiering on 2 January with 9.4m and maintaining strong ratings across its 10-week run to conclude with a whopping 11.5m.

The success of the noisy guessing game – in which celebrities sing in full-body costumes and masks, with top contenders reaching series’ end while keeping their identities hidden – is putting costume-led formats back in vogue, and sparking broadcaster interest in older but similarly visual shows such as Banijay Rights’ Wild Things and All3Media International’s Sexy Beasts.

In October 2017, the former NBC reality chief was in a Thai restaurant with his family when he saw the MBC Korea format on television. By November, Plestis had secured US format rights with the help of Paradigm agent Steve Wohl.

“It’s not a typical performance show where you’re saying someone is a good or bad performer,” explains Plestis. “It’s a guessing game.”

“The engagement is truly unique because everyone wants to play along in guessing who is underneath the mask and having those debates online. No one knows 100% but everyone can guess.”

Indeed, the success of The Masked Singer – which is heading to Germany’s ProSieben and Australia’s Network 10 on the back of Fox’s smash success – is, as one distributor puts it, “putting crazy costumes back in the public eye”.

“Broadcasters are seeing that interest from the audience in finding out who is behind the masks and staying till the end.” 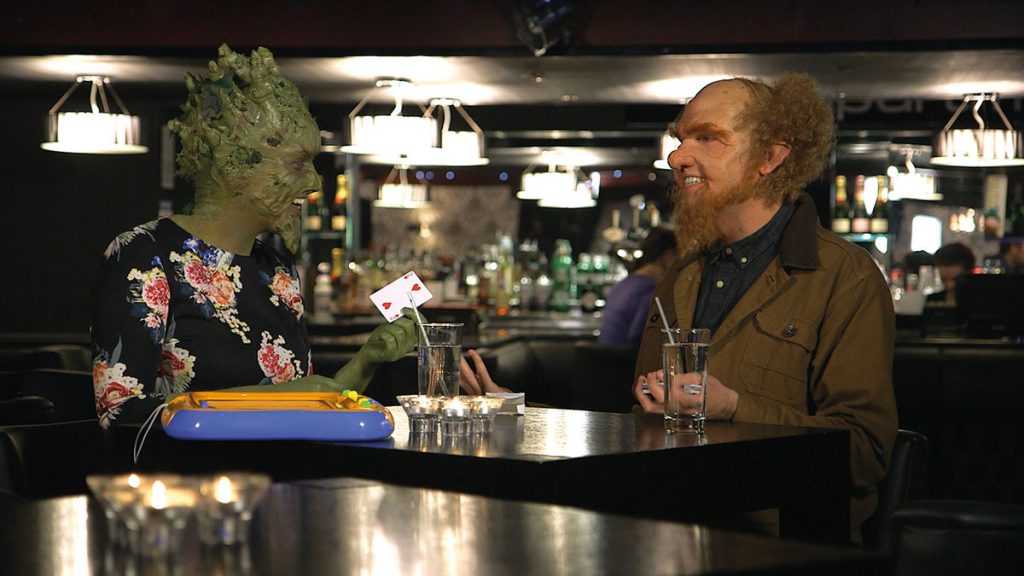 Lion Television’s 2014 dating format Sexy Beasts, which originally aired on BBC Three, had a similar premise, with colourful, eye-catching prosthetics used to transform three suitors looking to woo a single dater, who must settle on a final match prior to discovering their identity at the very end.

While the show was short-lived on BBC Three, it sold into the US (A&E), China (Tencent), Korea (KBS) and Lithuania (TV3), among others.

“Having a mask and not showing faces beforehand means the audience is playing the game as well and has to stick around – that moment is so key,” explains Nick Smith, SVP of format production at All3Media International.

While the show is currently eyeing a third series on Vietnam’s VTV3, two new territories are freshly interested, including one that has also picked up the MBC Korea and Fox-distributed Masked Singer.

Similarly, Banijay Rights has also seen spiked interest in costumed game show Wild Things, which was originally produced by IWC Media, Mad Monk and Motion Content Group for Sky One between 2015 and 2017.

German broadcaster RTL II picked up the format earlier this year, with plans to shoot in May and fill a primetime slot on the channel later this year.

The format finds partners working together for a cash prize that lies within a forest. To win, contestants need to overcome a range of obstacle courses and challenges – all while one of them is dressed as a woodland creature that can’t see anything from within a costume, relying entirely upon their partner to guide them through various challenges.

“The slapstick nature of its comedy is designed to appeal to a family audience, and in a world where households are watching multiple screens at a time, it’s a show that families can watch together,” explains Nicky Murphy, deputy head of production for IWC.

Certainly, Masked Singer’s Plestis notes that costumes are something of a missed opportunity in some markets. Outside of children’s shows such as long-running Sesame Street and its “gigantic puppets”, you don’t see many costumes on US broadcast television, he says.

“It opens up this art outside the digital landscape we’re enmeshed in with its avatars and everything else. Masked Singer is a little old school when you think about it, but you still need to have new-school principles involved in the design and making sure it’s durable,” he explains.

Indeed, the integration of costumes is complex. “It’s not simply having a costume as you see at Disneyland. We need to make sure that person can sing, move, dance and ultimately survive in it,” says Plestis, who highlights that wearability is as crucial as the “visual impression” of each outfit.

A roll call of series one costumes includes the aforementioned one-eyed monster; a bedazzled peacock; straight-jacket-wearing rabbit; and futuristic raven in a cage-like headdress, among eight other elaborate entries.

“The first costuming [precaution] is ‘don’t break the outfits,’” he says. “They’re very expensive and we had a couple of instances when some of them had to be repaired significantly. It’s really important to protect those outfits completely.”

Plestis adds that producers also need to be nimble in tailoring costumes to suit contestant needs: “Ricki Lake’s Raven originally had a gigantic cage around her head with a little nest on top. It became too heavy for her and she had some back problems, so we eliminated that for the rest of the competition.”

While each costume ranged in price, some of the more expensive outfits, such as Donny Osmond’s Peacock, “went into the thousands” to make.

Similarly, the mask for Rumer Willis’s Lion was inlaid with real gold to achieve “durability and a sparkly effect”. Meanwhile, Antonio Brown’s Hippo may not have been as elaborate, but was one of the most time-consuming costumes to produce.

“It’s going to be an evolving process in series two around how to make the costumes even lighter and ensure the audio level is really good for the singer because they are singing live underneath the costume.”

The showrunner notes that the programme went through several masks to ensure audio wasn’t distorted or muffled.

“For the Monster, you have a gigantic cylinder and the Peacock has a big filter in front. There isn’t one easy solution for each.” 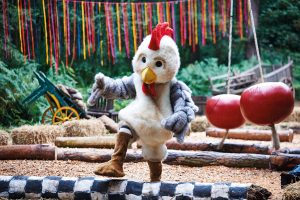 This was also the case for Sky One’s Wild Things, which endured “frequent” repairs to its woodland creature costumes, with audio and communication serving as the primary logistical feat, according to IWC’s Murphy.

“Each costume had to have holes in the nostrils to fit a pencil camera for the final game, and communications devices inside the headpieces to enable the Wild Things to communicate with their partners.

“The costumes were also very hot, so we had to minimise the time contestants had the ‘head pieces’ on and buy ‘Cooling Ultra Sports Vests’ to ensure they didn’t overheat.”

As Murphy can attest, there’s “a lot more” to costume-led programmes than one might assume.

If Wild Things were to return in the UK, the exec says there is scope now for celebrity involvement – particularly on the back of The Masked Singer’s success – as well as a kids version.

For Fox’s part, the Masked Singer team will keep the format fresh with different costumes and celebrities. While the budget isn’t necessarily bigger, Plestis promises “creativity with the dollars we have”.

“Since costume height was always the one indicator of who celebrities were, we will play with size. It could be a much taller costume than the person who’s inside of it to give the illusion of height,” he says.

“You don’t want to skimp on the outfits – those are the key for success and what makes everyone excited.”

However, All3Media International’s Smith points out that costume-led formats don’t need to break the bank and can be far more cost-effective than people think.

For example, when masks were produced for BBC Three’s Sexy Beasts, molds of the original masks were made in order to duplicate the designs – the most expensive part of the process – in other territories.

“Initially, countries were just using recreations of our masks, but then China came in and had good-quality masks made at a cheap price, and we were able to supply other countries from China as well.

“That’s really the only thing that makes the show somewhat expensive, and now that we have a way of doing that cheaply, it’s a cost-effective show to make,” says Smith.

In addition, because the format is so visual, it makes launching the show a lot easier.

“To have that kind of bold ‘have you seen these crazy costumes and masks?’ angle really helps in promotion,” says Smith, noting that in Germany, entertainment channel SIXX rolled out a splashy marketing campaign for its adaptation.

“They had billboards with beasts in them that would speak to people as they went past. It looks so different and it stands out – you remember it.”

Semi-finalist Donny Osmond was revealed as the Peacock