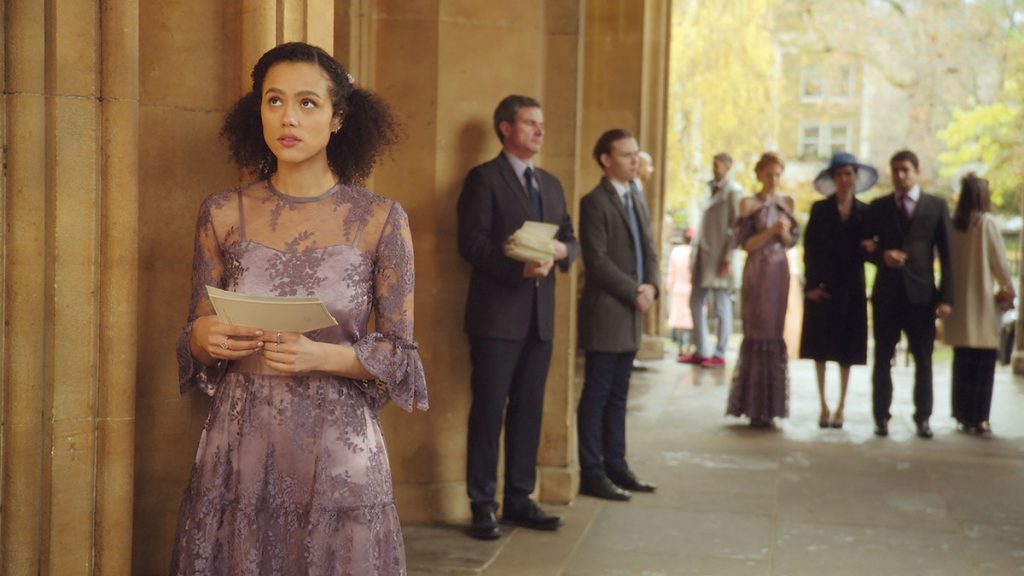 In a period where distributors need to be nimble and multi-skilled, serving as pseudo-commissioners, producers and development execs, there is yet another string to add to their bows: that of marketeer.

In the “peak TV” era, it is no longer enough to buy, make and place content – distributors must also ensure that a programme cuts through the clutter and is found, both by buyers in the B2B space as well as consumers via effective B2C strategies. And while they’ve always done this to some degree, the stakes are higher in a 496-scripted show universe.

The marketing gold standard has perhaps been set by streaming giant Netflix, which almost doubled its marketing spend in 2018, dishing out around $2.37bn across the year, according to a recent US Securities and Exchange Commission filing, up from $1.45bn in 2017 and $1.1bn in 2016.

And if there is any doubt around the importance of brand awareness, it’s worth noting that one of the first major appointments for Disney’s forthcoming streaming platform was Jackal Group exec Joe Earley, who was hired as head of marketing and operations for direct-to-consumer and international operations for Disney+.

“From a distribution and content perspective, we have to find content that is noisy, but we also have to be able to support it from a marketing standpoint. The role of marketeer becomes increasingly important,” explains Richard Halliwell, CEO of The Cry distributor DRG, whose UK Screenings offerings include BBC Two cookery challenge show The Brigade.

Halliwell references the distributor’s experience with its regional SVOD and telco-focused drama commissioning club Atrium TV, which is gearing up to greenlight two to three projects.

“That provides a good example of how we need to innovate as a business. The content we give our buyers, first and foremost, has to be very noisy because these are buyers who are not filling schedules, but driving subscriptions. Therefore, the marketability of the product is key.”

One of Atrium’s calling-card projects is Quasimodo, a drama based on The Hunchback of Notre Dame character that is executive produced by Game of Thrones producer Frank Doelger and stars actors from the HBO hit, Peter Dinklage and Charles Dance.

“This will be the first project that Peter does following the end of Game of Thrones, and that’s a very good marketing opportunity for a business trying to build a good subscription base,” says Halliwell.

In a climate where programming can easily get lost in the black hole of content on services such as Netflix and Amazon, it becomes even more important for shows to have a shorthand – often talent – that facilitates discoverability.

“We are still a B2B business selling to B2C companies of various scales and competencies, but we have to make it easier for [buyers] to market these shows. It’s not just about the script, talent and financing – marketing becomes a spoke on that wheel as well.” 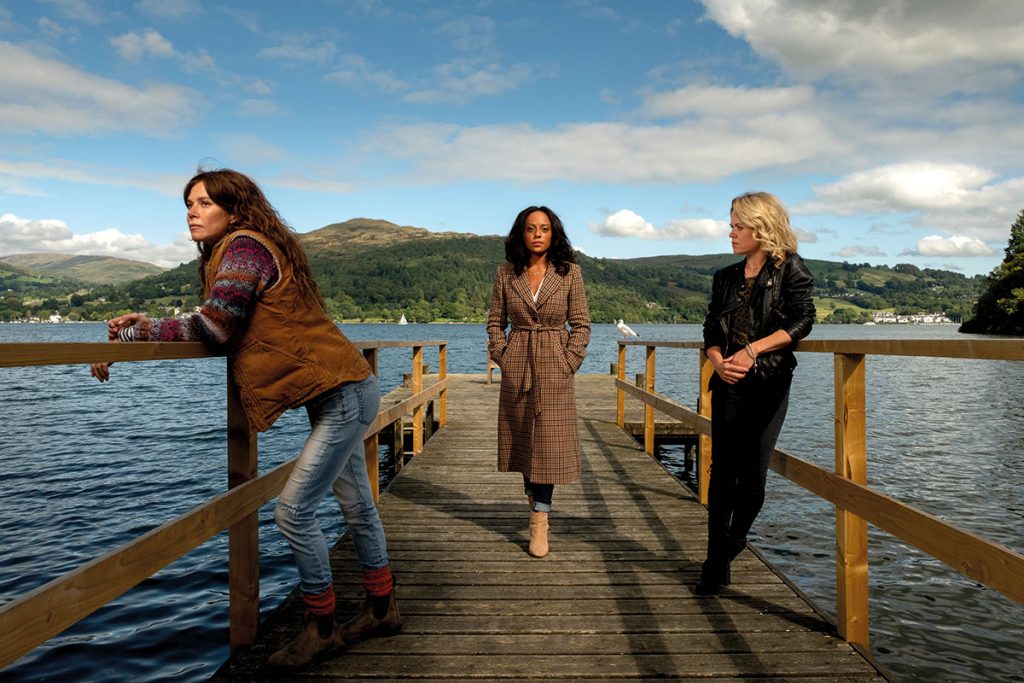 Cathy Payne, CEO of distributor Endemol Shine International, which is presenting Anna Friel-starrer Deep Water at the screenings, observes that marketing has always played a key role in the business of buying and selling content, but the key difference is that the process is “more thought through” today.

“Content needs to be curated for specific licensee and market needs. All licensees must also be able to drop material on the same date,” she explains.

“With VOD comes focused needs in terms of marketing asset structure and delivery, which needs to be planned.”

One emerging tactic “gaining importance”, she says, is getting TV content into festivals that have traditionally premiered feature films, such as the Sundance Film Festival, whose Indie Episodic sidebar enjoyed breakout success this year, as well as Berlinale’s Drama Series Days and Berlinale Series.

What’s key, says Payne, is that this level of marketing “has to be a process that happens throughout the life of a title and across a series run – not just prior to launch.”

MGM is hosting two days of buyers’ screenings in London for dramas including Hulu comedy Four Weddings and a Funeral from Mindy Kaling and drama Perpetual Grace, LTD.

Chris Ottinger, president of worldwide TV distribution for MGM, says the business has moved from being “very restrained” around five years back to a “much more aggressive” marketing approach for such titles, simply due to the sheer volume of content in the market.

“With so many new dramas, how do you get yours to stand out? It’s about positioning and perception. Ratings are totally tied to awareness,” he tells TBI.

“We have to figure out ways to market and promote our shows so that our ratings are high enough and we’re making money because that’s driving ad sales,” he says, adding that distributors need to employ innovative strategies.

Ottinger gives the example of syndicated programme Paternity Court, whose entire catalogue is available for free on YouTube.

“We’ve programmed a couple of episodes a week. That’s raised awareness for that show and ratings continue to grow,” he says, noting that although the show, which is syndicated across 90% of the US, is in its seventh series, viewership continues to rise.

“The reason we’ve seen growth recently is because we are making the product more available. We’re putting the show on YouTube and even though we’re making money there, for me that’s as much about marketing and awareness as anything else.”

For some distributors, presentation is paramount.Killing Eve and The Night Manager distributor Endeavor Content has a lean, premium slate of content that has, to date, sat online as part of parent company Endeavor.

“We have to get our shows positioned in the proper light, and because we deal with very high-quality programmes, we need to position them properly,” says Gary Marenzi, head of sales and partnerships for the business.

“We have been tethered to the IMG programming website but within the next few months, we will be launching our own site that is being led by our marketing team, with state-of-the-art graphics and accessibility,” says Marenzi.

“That will be a new day for us because if you look at the B2B websites of the major studios, you can find everything there. That is the standard we have to play in.”

Part of the equation also comes down to hiring a certain level of talent, says Michael Iskas, president of global for Game of Clones distributor The Story Lab.

“We need to create opportunity and package shows correctly in order to take them to the next level,” he explains. “To do this, we have to hire people from all walks of life. We have hired execs from Netflix, William Morris and Dentsu.

“You need all these different capabilities to compete. You can’t only be hiring traditional TV development producers and sales and marketing execs,” he says.

TCB Media Rights boss Paul Heaney notes that marketing ought to be a “watertight” percentage of revenue – with room to grow.

“It is another skill for a distributor to adopt – how to really promote a piece of content properly, and how you are qualified to do that as a distributor. We should know our markets and how to do it,” he says.

“There are some great distributors out there spending a lot on marketing. They are making average shows look really, really good and for that you have to applaud them.”

Heaney notes that buyers take note when titles are pushed by distributors because it indicates that “they have spent their own money” and serves as a seal of approval.

For businesses that may not have millions in marketing dollars available, however, some outfits employ more targeted approaches.

“The way we work is very targeted,” says Jackson. “Whether it’s with a format or a programme, it’s of less interest to be shouting about something in a broad, scattered fashion.

“We need to target very specific people for them to understand what something is so that they can bite – we don’t necessarily need to communicate that message to millions of people.”

Magnify’s modus operandi is to communicate a specific brand “very directly” to select buyers – a strategy that “doesn’t require a huge marketing spend”.

“It requires good contacts, market intelligence and the dedication and perseverance to make sure that the person who needs to know about it, does.”

Even for a mega-distributor such as Endemol, honing in on key markets is essential.

“Our marketing and sales efforts are curated for territory and individual buyers’ needs, with increased sales activity on the ground in territory,” says Endemol Shine International’s Payne.

“The distribution of television content to the consumer has changed dramatically over the past 10 years and the way we market to our prospective licensees needs to reflect that.”