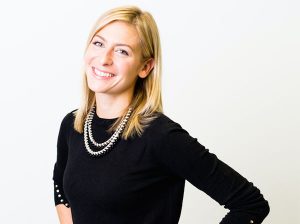 Amazon Europe boss Georgia Brown has said it is “mad” to think that the streaming service is going to “warehouse rights” and snatch shows away from domestic broadcasters.

The director of European Originals for Amazon assuaged fears long held by traditional channels that the platform would reduce the number of co-productions it invests in – a model that has enabled channels in the UK to compete for premium drama.

Brown (pictured), who was speaking at the Royal Television Society’s London conference on Tuesday (18 September), said Amazon cares “desperately” about the health of domestic broadcasters, and has no plans to dial down co-productions – overriding claims made by former Amazon Studios boss Roy Price, who said at the 2017 Edinburgh International TV Festival that the platform would become more aggressive with rights.

“I’m not sure we should have listened to what Roy Price said,” said Brown of the exec, who was booted from Amazon last year following harassment allegations.

“[Former NBC Entertainment exec] Jennifer Salke is heading the company. It’s a new regime now,” she said, noting that the new team was still in its “infancy”.

Referencing her previous role at FremantleMedia International, where Brown served as EVP of global scripted and factual content, she said that “my background is very much about funding shows for [producers] and helping them get that funding together.

“The idea of warehouseing rights, sitting on rights and owning these things globally is mad. That will kill our industry,” she said.

Brown gave the example of BBC1’s David Tennant-fronted drama Good Omens as a “fantastic example” of collaborating with broadcasters.

“That is a global original for Amazon, and it then goes out on BBC and [BBC Studios Distribution] takes those rights and continues to sell them. We do think about things like that. It’s an evolving way of how we have to work in the industry.”

Noting that Amazon has around 10 co-productions in place with UK broadcasters, Brown said that dramas King Lear and Informer are currently in the edit with Amazon.

“Fleabag is a great example of where we worked with the BBC and Phoebe Waller-Bridge. We collaborated on that in the US on series one and then [Waller-Bridge] made Killing Eve. We have helped promote and support that talent, and because of that, she is doing really well in the UK.”

What Amazon Europe is looking for 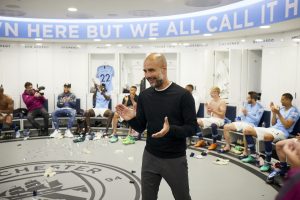 She highlighted that All Or Nothing: Manchester City – a collaboration between Prime Video, Mediapro, Manchester City, IMG and Film45 – was the “perfect example” of what a non-scripted Amazon show looks like.

“It really pushed boundaries in terms of the access we’ve been able to get – the production quality is incredible,” she said.

While she didn’t elaborate on what the platform is looking to commission specifically, Brown pointed out that “you know it when you see it.”

“It’s that pure idea that hasn’t been bastardised to be made global,” she said. “We are commissioning very locally, and not necessarily through a global lens. I want shows that will resonate locally.”

Amazon has been casting for a head of unscripted since the departure of Heather Schuster in August.