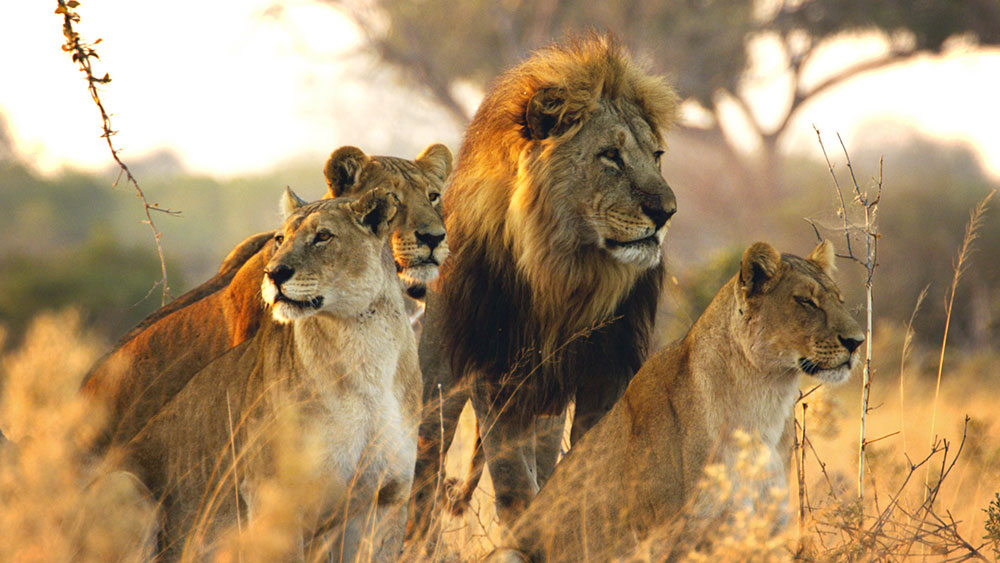 While some warn that the latest distribution merger to rock the landscape proves there is “less space” for boutique and mid-sized firms in a competitive climate, producers could stand to benefit in the short term with greater financial backing for projects and a new factual SVOD.

Earlier this week, ZDF Enterprises (ZDFE) – the commercial arm of the German public broadcaster –  revealed that it had acquired Ellen Windemuth’s 25-year-old factual distribution business Off The Fence in a deal that will find both firms operating independently.

In their first interview post-merger, Windemuth and Ralf Rückauer, VP of ZDFE Unscripted, tell TBI that combining forces is about “futureproofing” the two businesses, and that Off The Fence’s fledgling VOD platform WaterBear Network played a key part in the deal.

Set to launch in Q4 this year, the conservation-focused streamer will feature premium environmental docs and series, alongside calls to action and resources for viewers to take next steps. Detailed by MD Allison Bean at November’s World Congress of Science and Factual Producers, it is best described as “Netflix meets Ebay, Expedia and Groupon”.

Rückauer says that WaterBear “will get more powerful” under ZDFE, and is looking to scale the venture into a major SVOD competitor.

“It’s the right moment for a really intelligent VOD platform in the factual world,” he says. “There are a lot of channels, but WaterBear is different. It’s not just about presenting beautiful pictures, it’s about leaning forward.”

Windemuth adds: “We share a common SVOD and digital strategy and we are currently finalising our fundraising.”

ZDFE and Off The Fence have been operating in the same factual arena of natural history, wildlife and travel programming for 20 years, says Rückauer, adding that the businesses have previously done several co-productions.

Combining forces, however, was the next logical step for growing ZDFE Unscripted into a competitive player.

“I’ve been developing the department for five years, but we felt we came to a natural end and couldn’t grow any further,” explains Rückauer.

“I see Off The Fence as complementing what we do. It’s a good starting point to really grow and remain successful. Because there is no other way to do it – otherwise, we would be too small.”

The Off The Fence deal represents a peculiar quandary for some in the industry. Some smaller distributors applaud Windemuth’s deal-making and hope that they themselves will similarly receive financial backing that allows for independence, but they are concurrently stunned at the prospect of tougher competition and their own precarious place in the landscape.

“That makes ZDFE even scarier, and the playing field becomes even worse for people like me,” says an exec at a boutique factual distributor, noting that some players such as Kew Media Group-backed distributor TCB Media are “so aggressive in acquisitions”.

“I will never be able to compete with that.”

First Hand Films founder Esther van Messel, whose Zurich- and Berlin-based outfit deals with niche arts, current affairs and science docs, is unsurprised by the ZDFE/Off The Fence consolidation, noting that the pressures on unscripted distributors evidently extends across the board.

The question, she says, is what will happen to distribution businesses with specialised, curated offerings.

“It makes me think that content is not that important anymore, and it’s more about having a certain genre in your catalogue in order to have some sort of a profile that is comprehensive. The details don’t really matter. I’m not sure what [consolidation] means for curation.”

However, van Messel acknowledges that, with ZDFE’s backing, Off The Fence can now offer producers more resources. “It might mean a wider reach for the producers who are already working with them,” she says.

One factual producer noted that “distribution can tend to work either way” and a ZDFE-owned Off The Fence could indeed be a major boon.

“You tend to want the biggest companies to sell your stuff as you know they’ll be the most prevalent in the marketplace.

“But equally, for singles and docs, certain films can get lost in the melee, in a distribution sense,” he adds.

However, Stephen McQuillan, creative director of UK indie producer Icon Films, points out that distributor consolidation places producers in prime position, opening them up to more financial and sales support for their projects.

The producer remains independent, and selectively works with a roster of about 12 distributors, including the Kew Media Distribution-back TCB Media, which has been a leader in the distributor-led commissioning of programmes.

McQuillan reasons that a distributor acquisition, such as Kew’s purchase of TCB, paid off for the prodco because it allowed the parties to move ahead on projects that were previously out of reach.

“In very direct terms, Kew’s acquisition of TCB meant that [TCB boss] Paul Heaney had more money in his bank account and it freed him up to do more of the distribution-led commissioning, whereas as an independent, he just didn’t have that kind of financial backing.

Icon has always had a close relationship with TCB, but McQuillan notes that the “deals we were doing with them were small deals, whereas now they have a lot more potential for bigger projects”.

“We have spent a long time talking to many smaller distributors where they didn’t have any heft themselves and we couldn’t get projects over the line with multiple commissioners, so just having a bit of extra money makes a project more feasible.”

However, the producer adds that while producers may not feel the effects of distributor consolidation just yet, there could be a longer-term effect.

“In the long term, if a lot of those smaller indie distributors are acquired, you do start to lose options and the ability to cut deals and set them off against each other,” he says.