“Purposeful” formats, CEE scripted on the rise in 2019

International TV research consultancy K7 Media has unveiled its predictions for 2019, forecasting that Disney+ will lead the direct-to-consumer push while tipping Central and Eastern Europe as the next hot territory for scripted programming.

Topping the list is the highly anticipated Disney+ platform, which K7 describes as a “genuine contender” to Netflix and Amazon in 2019.

Disney’s competitive advantage is its catalogue of shows and movies, both classic and original, based on IP from Disney, Pixar, Lucasfilm, Marvel and Fox.

“Uniquely, Disney has a globally recognised brand which is inextricably linked with the titles in its wide portfolio. For others, prising yet another subscription fee, however small, from the pockets of consumers will be a rather more challenging sell,” reads the report.

On the content side, Central and Eastern Europe is tipped to be the next hotbed of quality scripted programming. One standout, according to K7, is Česká Televize’s satirical comedy Most! (pictured), a six-parter following the fortunes of an ordinary Czech town.

“It’s a familiar story in this globalised epoch of scripted TV – a traditionally telenovela-dominated territory finds its voice via high-quality, shorter-run serials, and the rest of the world listens. With both Netflix and Amazon launching across CEE in the past couple of years and HBO continuing to ramp up its output of originals there, it would be wise for all of us working in scripted to look East this year.”

Elsewhere, while experiments with form in the drama world will come to the fore in 2019, “it is bold new stories that will continue to grip audiences, regardless of length.” 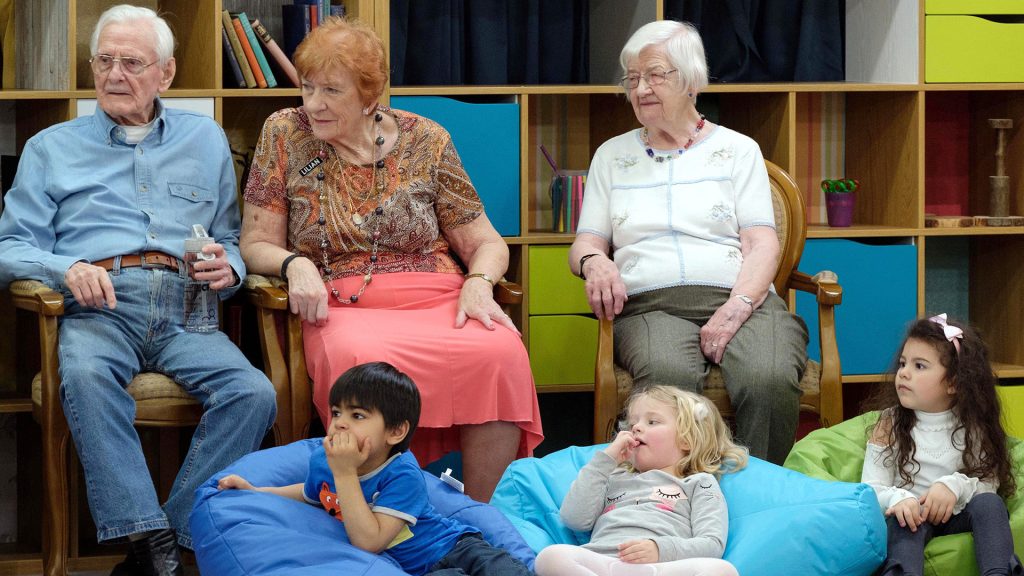 “With viewers embracing series that tell authentic, local stories first and worry about ‘global appeal’ second, drama has never felt so honest and characterful. And with the maturation of drama markets in new areas of Asia and South America, platforms like Netflix embracing dubbing, and Walter Presents continuing roll-out, the world’s audiovisual storybook has never been so accessible.”

The firm also foresees more entertainment “with a purpose” as programming shifts even further from “matters affecting us as individuals to viewing life through a much wider lens”.

Programmes such as Red Arrow’s Old People’s Home for 4 Year Olds (pictured) and France 3’s family adventure show Premier de cordée, which challenges two families to race to the top of a mountain in the French Alps whilst raising awareness about the region’s fauna and flora, are prime examples of the trend.

Meanwhile, K7 also predicts that UK broadcaster Channel 4 is to “get noisier” as it looks for brand-defining hits with scale under the leadership of CEO Alex Mahon, who is a year into her role.

Broadcasters and producers are also expected to hone tools for “social listening” – the process of tracking and monitoring digital conversations around specific topics, phrases and keywords to understand what viewers are saying online about a brand, industry or programme.

Finally, major markets such as India will also experience a sea change, as local services such as Zee Entertainment’s streaming platform Zee5, Viacom’s Voot and Sony and WarnerMedia’s Hooq all vow to offer hyper-local services by year’s end. (Read more in the latest issue of TBI Asia)

The strategy will see these platforms dub their content, including Hollywood titles, in a variety of regional dialects, while also providing originals in local languages such as Bengali, Tamil, Telugu and Marathi.