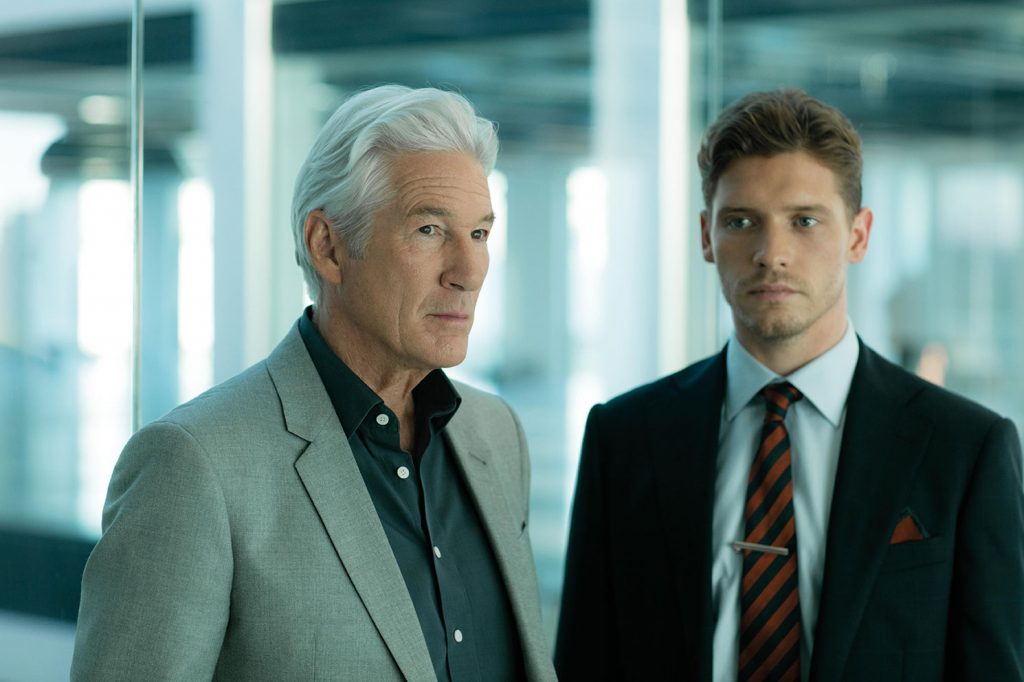 BBC Studios Production’s Head of Drama, Hilary Salmon, had worked previously with writer Tom Rob Smith on the critically acclaimed BBC Two drama London Spy, so when the prolific novelist and screenwriter came to the broadcaster with MotherFatherSon – a new international drama with a hot-shot American media mogul at the forefront – it was an immediate ‘yes’ on her part.

“Tom is one of the most original authors around at the moment. London Spy showed his potential in that respect,” she says. “Meanwhile, it completely fits the BBC Two brief: it has got scale, sophisticated writing and, in many respects, it is quite novelistic.”

The drama features Max (Gere), a charismatic self-made American businessman with media outlets in London and around the world, who may see his world implode as his son Caden’s self-destructive lifestyle spirals out of control. Meanwhile, his estranged ex-wife Kathryn looks on.

“Those stresses and strains within a family are both functional and dysfunctional: the son that’s jealous of his father, the father who’s not proud of his son and the mother that’s trying to protect them. It’s something he is fascinated by and is absolutely at the heart of this.”

When Rob Smith was selecting the stage on which to put the trio, it was something that had to be epic, and with enough scale to make it into a series that people would want to turn to and that wouldn’t feel is purely domestic, according to Salmon. The series was initially intended for HBO, so an international element was always apparent.

“He decided he wanted the father to be a powerful businessman. He wanted to put him in the world of media, having been influenced by the phone-hacking scandal from a few years ago. However, he didn’t want to do that story directly and instead made the background of the story that this man’s empire might be under threat because of an investigation,” she adds.

While all of Rob Smith’s work is political, it’s light touch. “There’s politics running through all of his work but it never feels ‘issuey’,” says Salmon.

Rob Smith’s work is heavily character-led and it was important to him to bring in a heavyweight lead. Securing Richard Gere not only solidified the epic nature of the series he was looking for, but it also ensured international appeal.

“He’s a household name around the world and is still making movies, so an international audience is inevitable,” says Salmon.

When the BBC Studios Drama exec producer received the script, it encouraged those developing the programme to think of someone who could play a charismatic, powerful, American businessman in his late sixties.

“The names you start to think about who could play that part are those films stars we’ve all grown up with,” says Salmon. “I found myself sending emails to agents with the most extraordinary names on the subject line, who I would never think of approaching normally for a British TV piece. Richard engaged with it very quickly, loved the scripts and spoke to Tom.”

Coaxing the mega star, who recently starred in films such as The Second Best Exotic Marigold Hotel and The Double, out of his TV retirement was no easy feat. “He took quite a long time to make the decision to come on board, but it was really because it’s been 30 years since he did television,” says Salmon.

“For him, the piece that was going to bring him in had to be very special and he had to believe in it and what it wanted to say, but he also had to believe that he could do something special with that part and that it wasn’t played before – that he would be challenged and excited by it.”

The star will be joined by Peaky Blinders’ Helen McCrory playing the part of his ex-wife and Witness for the Prosecution’s Billy Howle as his son Caden, who is the editor of one the major national newspapers owned by Max.

With such a powerful family at hand, the story also inevitably turns to politics and the media impact on elections. Happy Valley star Sarah Lancashire will play the leader of the opposition, a suspicious character who introduces a form of populism to her politics.

However, the focus always remains on the bond between the characters and their relationships.

“It’s very different from Press where you feel that’s all about the journalists and how they get their stories and how they compete,” says Salmon. “It’s a story about the press and politics, but it’s almost more about the manifestation of power than the details of how journalism works.

“It’s interested in power play, whether it’s Max having power over his son and the man he wants him to be, or the power that the media can have over the direction that politics takes,” she adds. 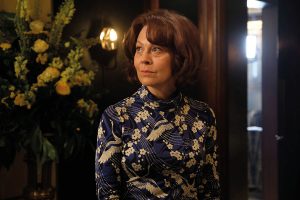 In the first episode, the audience will meet  the trifecta of Max, Kathryn and Caden in their separate worlds.

Max is flying back to the UK on a business trip to work through an issue with his publications, while Caden is struggling with a job he gained too early in his life. He’s got a drug problem, no companions and is brought in as a tragic character. Meanwhile Kathryn is distant from it all, having left her ex-husband a decade earlier and never having the chance to raise Caden.

“We deal with the fact that an election is going to be called and we meet the leader of the opposition. We set up the idea of this investigation into the newspapers, so there’s a real pressure in the world that we’ve gone into,” explains Salmon.

“At the end of the episode, Caden suffers a really unexpected physical breakdown as a result of the drugs and the stress he’s been under. Everything changes then because their son may lose his life – or worse, he may expose business secrets.”

The first cut has already received kudos from BBC commissioners, according to Salmon, who is in-between filming in London.

“We rarely feel like we’ve been in the same place for two days running and London’s a really difficult place to shoot in. But, somehow, we’re on schedule,” she says.

Filming will also take place in Seville, Spain, which doubles as Mexico City.

“Max is setting up another media empire there having recently married a younger Mexican heiress, so his new wife Sophia who’s pregnant is from there and he’s decided to start a new business,” explains Salmon.

The series will debut in the UK on BBC Two in spring 2019. “I think it’s gripping, and that the cast will draw people to it. I’m also hoping that quite a broad range of audience will come for that cast.”