The perfect opportunity for entertainment 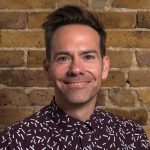 Can you remember what you were doing in 2010? Steve Jobs unveiled the first iPad, a volcano in Iceland stopped the world flying and Britain had one of the worst winters on record (again). The year would be lost in the ash cloud of my mind were it not for the fact that it’s often cited as evidence that entertainment as a genre is a spent force. If we need to travel back eight years to find the most recent titles in the top 20 traveling formats (The Voice, Minute to Win It, Money Drop) they must have a point, surely?

While there’s no question that we are in a golden age of scripted and the last couple of years have seen the explosion in premium documentary series driven by the rise of the SVODs, it’s time that entertainment formats received their share of the limelight because there are many bright spots out there. 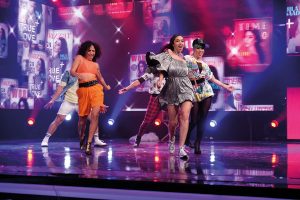 Breakout hits like The Wall and Five Gold Rings are leading a revival in primetime game shows and Gogglebox and Married at First Sight have sold and travelled exceptionally well.  Even the most perennial of entertainment formats – the talent show – has seen new formats such as Little Big Shots, Masters of Dance (right) and All Together Now emerge by deftly tapping into a shift in tastes, away from celebrity judges, towards celebration, authenticity and rewards from our peers. Undoubtedly this reading and quickly responding to cultural shifts has taken game shows out of the studio and into our houses (The Button, Taskmaster) not to mention tents (Bake Off) and with it delivered the next wave of entertainment hits.

When entertainment does respond and reflect back to the audience, it delivers something that other genres can only dream of: multiple generations of families sat together on sofas throughout the land at a time still set by the schedulers; sharing the experience in living rooms, on social media with their friends and the following morning around watercoolers with their colleagues. For anybody not currently watching Love Island in Australia or the UK, the mid-morning coffee break can be a lonely place right now.  But for producers of this kind of noisy, youth-skewing entertainment content, we should all take comfort. It proves linear TV can still attract these hard-to-reach, younger audiences. And the recent news that youth channel E4 has appointed its first head in six years alongside increasing its commissioning budget is surely further evidence too.

Such is that ability to deliver on so many metrics that the grammar of entertainment is being royally plundered by other genres in the UK and elsewhere. Formats such as What Would Your Kid Do? and This Time Next Year together with its myriad of time travel spin-offs have brought entertainment sensibilities to classic features subjects and with it broadened their appeal.

So, rather than this being a perfect storm for entertainment, this could be the perfect opportunity. Whilst the SVODs and FAANG platforms have lead with the bright lights and star power of drama, a prize awaits for whoever embraces entertainment and masters it for an online audience. If they’re in need of a confidence boost before taking the leap, we can always send round the guys from Queer Eye.