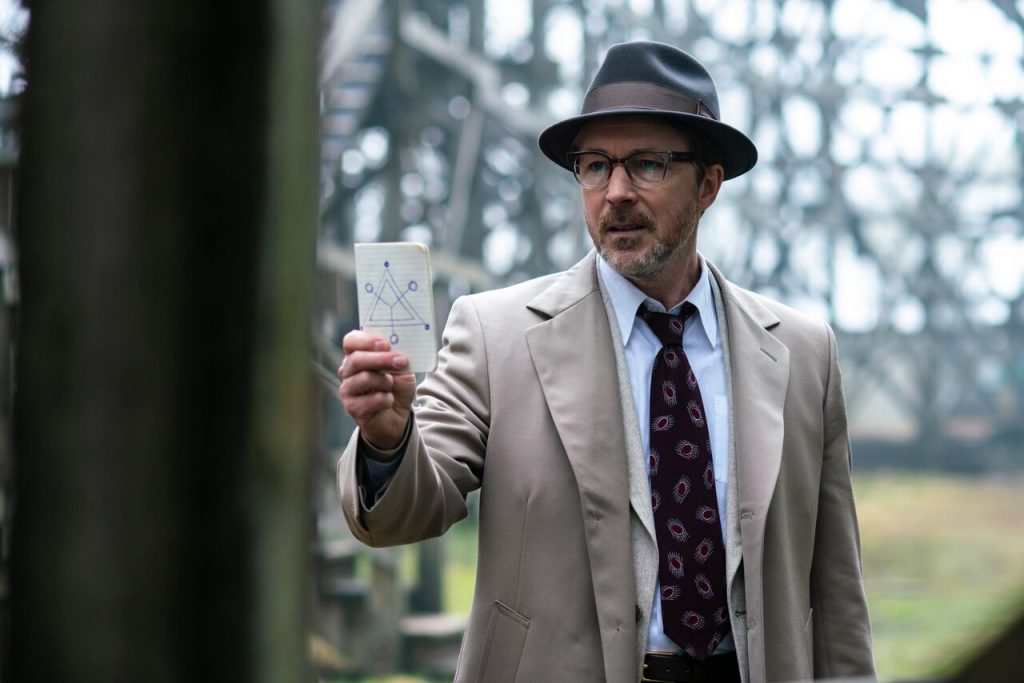 A+E Networks is set to launch its latest scripted series Project Blue Book at MIPCOM with the drama’s cast and showrunner to appear in Cannes.

Executive produced by Academy Award-winner Robert Zemeckis, the series is set for a US premiere this winter on History.

Project Blue Book showrunner, executive producer and writer Sean Jablonski will be joined at MIPCOM by Aidan Gillen (Game of Thrones), who toplines the series as Dr. J. Allen Hynek; Michael Malarkey (The Vampire Diaries), starring as Captain Michael Quinn; and Laura Mennell (The Man in The High Castle), starring as Mimi Hynek.

The series is an A+E Studios production in association with Compari Entertainment, a division of ImageMovers. Zemeckis (Forrest Gump), Jack Rapke (Cast Away, Flight) and Jackie Levine (Allied, The Walk) are executive producers for Compari.

The 10×1’ hour title is based on the true, Top Secret investigations into Unidentified Flying Objects (UFOs) and related phenomena conducted by the United States Air Force from 1952-1969.

The series is inspired by the personal experiences of Dr. J. Allen Hynek, a brilliant college professor recruited by the US Air Force to spearhead this clandestine operation (Project Blue Book) that researched thousands of cases, over 700 of which remain unsolved to this day. Each episode will draw from the actual case files.

“Project Blue Book is the latest premium scripted content developed and produced through our own A+E Studios, driving the company’s continued expansion in the scripted space for all of our clients in both SVOD and linear,” said Sean Cohan, president of international and digital media at A+E.

“We are thrilled to be working with this talented team in front of and behind the camera, especially under the auspices of visionary executive producer, Robert Zemeckis.”