ZDF to remake No More Boys and Girls for Germany

ZDF is set to remake BBC Two’s No More Boys and Girls for a German audience. 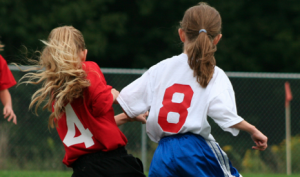 The broadcaster will air the factual series on its Neo channel, which will be produced by Bavaria Entertainment GmbH.

Originally produced by Outline Productions for BBC Two, No More Boys and Girls argues that being born a boy or a girl largely pre-determines the life you will end up experiencing.

Using a pioneering approach from Sweden, Dr. Javid Abdelmoneim takes over a class of 30 seven-year-olds and creates a gender-neutral school that turns conventions on their head.

DRG brokered the deal with the broadcaster. The original 2×60’ minute series has also been sold to a raft of international broadcasters and platforms, including ABC Australia, VPRO in the Netherlands, VTM in Belgium, TVB in Hong Kong, DBS in Israel, Telefonica in Spain and Sky in New Zealand.

Ina Eck, executive producer at Bavaria Entertainment said: “The No More Boys and Girls format is truly intriguing and is just the sort of original and trailblazing idea that we like to offer our audiences.

“We are pleased to have this new deal in place with DRG and are excited to be producing the show for ZDF Neo, where we are confident it will attract a great deal of attention.”