Save Me sold to STARZ 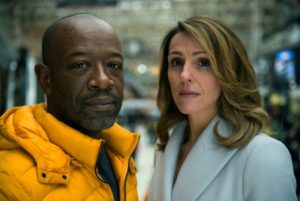 One of Sky UK’s most critically acclaimed shows, Save Me, has been acquired by STARZ in the US. The dark drama will air over three nights on STARZ, beginning on September 6th. It will also be available on the STARZ app and STARZ On Demand.

The STARZ sale, negotiated by Gillian Rose, Sky Vision’s SVP of Sales & Acquisitions, US, means that Sky has sold the series, which was created and written by lead actor Lennie James, and produced by Simon Heath from World Productions, to over 132 territories worldwide, including Latin America, Italy, Australia, Germany, Spain and the Benelux.

When it aired on Sky earlier this year, Save Me became the satellite broadcaster’s most rapidly binged boxset ever with more than a million people watching the entire series in less than a fortnight.

The second series of Save Me is currently in pre-production.

Tags: Lennie James, Save Me, Starz