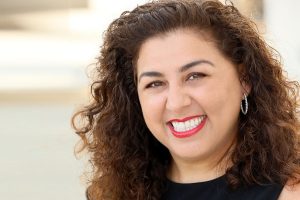 Unscripted production company 3 Ball Entertainment has a new president: the company says Ronak Kordestani will take over at the helm of the LA-based producer, and will have responsibility for the company’s entire creative slate – encompassing a range of unscripted content for television and digital platforms – and will oversee all development and production.

Before joining 3 Ball, Kordestani was head of development at Tremendous! Entertainment, where she oversaw the successful development of a slate of shows, including Lost in Transition for TLC; Baked, starring Tom Papa, and Ridiculous Cakes for Food Network; Kentucky Murder Mystery for ID, as well as additional series for TLC, Animal Planet and Travel.

3 Ball has a number of long-serving series currently running, including Bar Rescue (Paramount) and My Cat From Hell (Animal Planet), and says it also has multiple shows in development, such as Pampered Campers (Bravo) and others set up at CBS, Discovery, Paramount and more.

In a joint statement, 3 Ball co-CEOs Ross Weintraub and Todd A. Nelson, and chairman Reinout Oerlemans, said, “In Ronak we have found a uniquely talented and accomplished leader whose illustrious creative and production career is strengthened  by her background in law, business and talent management. With her range of expertise and singular vision for unscripted, we are confident Ronak will be a creative force and trailblazer at 3 Ball.”