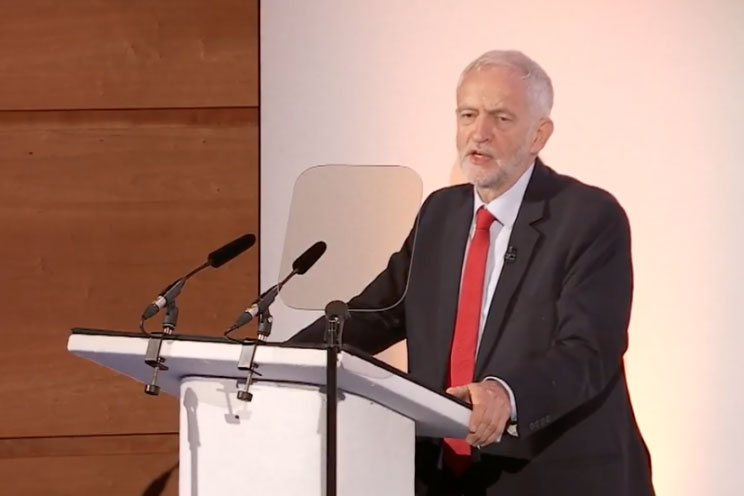 Labour leader Jeremy Corbyn said that a sister corporation should be set up for the BBC to counteract the dominance of tech platforms such as Netflix, as he delivered the Alternative McTaggart speech at Edinburgh’s International TV Festival.

A British Digital Corporation should combine expert knowledge, the latest technology and public assets to deliver information and entertainment “to rival Netflix and Amazon” while also harnessing data for the public good, argued Corbyn.

“A BDC could develop new technology for online decision making and audience-led commissioning of programmes and even a public social media platform with real privacy and public control over the data that is making Facebook and others so rich,” he said.

The service would also become the access point for public knowledge, information and content currently held in the BBC archives, the British Library and British Museum.

“Imagine an expanded iPlayer giving universal access to licence fee payers for a product that could rival Netflix and Amazon. It would probably sell pretty well overseas as well,” stated Corbyn.

Methods to finance such an initiative would include a digital license fee, which would be subsidised by tech giants and internet service providers, according to Corbyn.