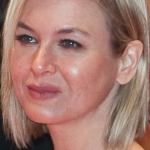 Each season of the drama will tackle a different morality tale inspired by culturally consequential source material. It explores the power of a single fateful decision and how it can change the trajectory of an entire life.

The title is produced by Page Fright, Atlas Entertainment and Compari Entertainment, in association with Warner Bros. Television.

The Break with Michelle Wolf was cancelled after 10-episodes, while The Joel McHale Show with Joel McHale saw out 19-episodes.

Deadline reported that the titles did not receive enough viewership to warrant renewal.

Netflix has pumped out a range of talk shows this year including Jerry Seinfeld’s Comedians in Cars Getting Coffee and David Letterman’s My Next Guest Needs No Introduction.