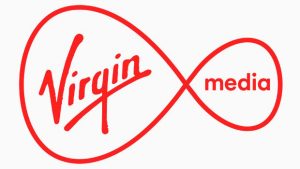 The call for titles if part of an on-going drama initiative laid out by the company.

Virgin is inviting entrants to explore contemporary themes, new visual styles and narratives, focusing on original, “noisy” ideas with a view to creating a returnable and “brand-defining” series.

The company says this is an opportunity to mix established and new creative production techniques and talent. “The overall style and production values must strive for international standards and appeal,” it says.

Virgin will invest in the series with the aid of local funding, grant initiatives and international partners. Companies submitting projects should have demonstrated raising such funds previously.

The deadline for submission is August 31, 2018. Applicants can apply via Virgin’s commissioning site.

The group is made up of free-to-air channels TV3, 3e and be3. Virgin is currently in the process of rebranding these channels to Virgin Media, 1, 2 and 3. Its VOD platform will be titled Virgin Media Player.

It is not yet clear where the drama will be placed in Virgin’s media ecosystem.

Virgin Media TV made its first commission at the end of 2016, a series of 15 comedy shorts filmed at the Edinburgh Fringe Fesitval. This was shortly after the hire of its first chief digital entertainment officer, David Bouchier.