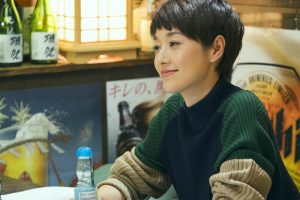 NCM is a renowned TV series, web series and film producer in China with a track record of creating popular content from The First Half of My Life (pictured) to Yu Zui.

The current management of NCM will continue to oversee the TV series, web series and film production business and will have the authority to select titles both within and without China Literature’s library.

The transaction, which is currently expected to close during the second half of 2018. It will require shareholder approval by the majority of independent shareholders of China Literature.

“We are the pioneer and leader in online literature market and thus in providing source material for China’s most-watched TV series, web series and films.

“Further enhancing our content adaptation expertise is a natural next step for China Literature to unleash the commercial potential of our content library, drive integrated development of blockbuster titles, and enhance engagement of our writers and users.”