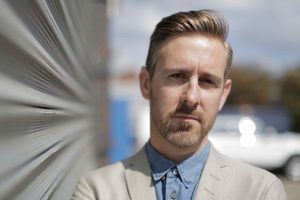 The exec was also part of the multiple award-winning senior team at the broadcaster that took BBC Three from linear to digital channel. He helped develop the BBC Three social media and mobile-first offering Best of BBC Three, the BBC.co.uk homepage, the BBC’s iplayer, YouTube, Facebook, Twitter, Instagram.

Ralph has also formerly worked with Hearst Magazines (US and UK), All4, VirginMedia and Emap Publishing.

He said:  “I’m really excited to be joining MiddleChild. The digital landscape excites me as a precinct that breaks many rules, and at the same time reinforces others.

“Each year the importance of digital grows, and each new generation has greater expectations for content – I only have to look at my own children to see that – and as makers we need to respect the audience need. It’s a tough and fast-moving environment, and I love the promise it offers and the ability to reach individuals.”

David Sumnall, managing director at Middlechild, said: “We’re so excited about bringing someone of Matt’s calibre and experience to the company and help us expand into the digital arena.

“The new team is looking to win digital-first content commissions for digital broadcasters, as well as being able to offer a number of agency-based digital services to market.”