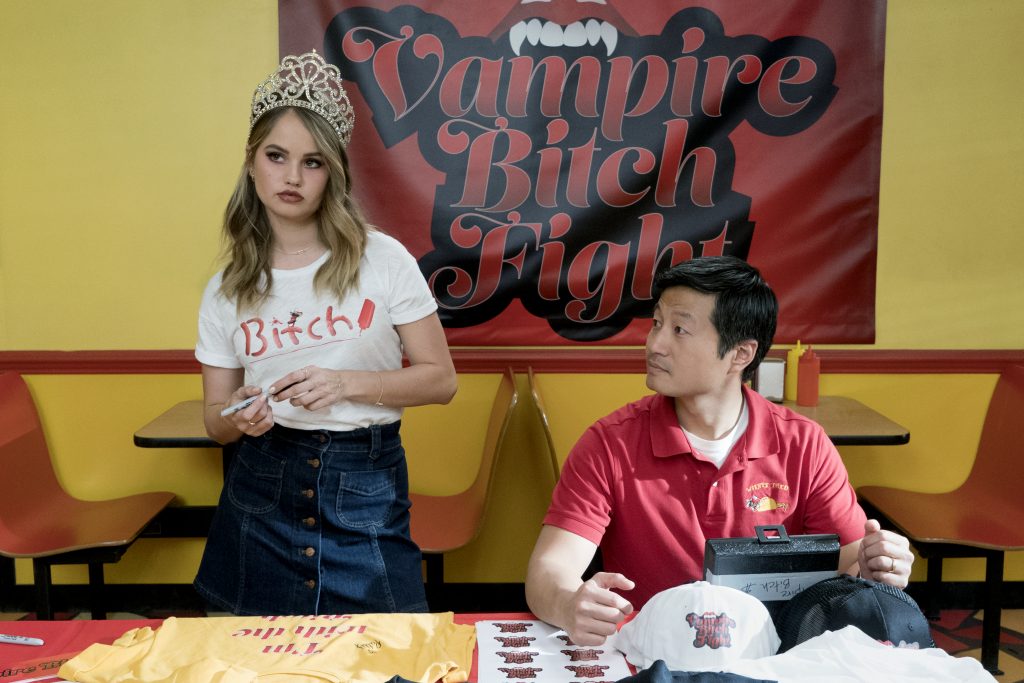 Newcomers from Sacha Baron Cohen’s Who Is America? to Netflix’s Insatiable have made an instant impression on Irish viewers, becoming some of the most demanded titles near debut. 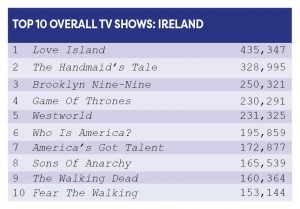 Baron Cohen’s controversial comedy, which has gotten the comedian in some hot water, launched last week and was the sixth most demanded title in Ireland’s top ten overall TV shows list. It generated nearly 200,000 demand expressions.

Topping the list was Love Island, which has also made a big impression in the UK. It gained 435,347 demand expressions and was followed by The Handmaid’s Tale in second place, Brooklyn Nine-Nine in third and Game of Thrones in fourth.

The effects of the San Diego Comic-Con were also shown on this list, with titles that made big announcements during the conference all appearing to generate high demand, including The Walking Dead, Star Trek: Discovery and Sons of Anarchy. 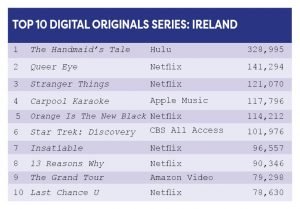 second season on Hulu in April. Queer Eye also made waves coming in at the second spot after its launch this year.

Orange Is The New Black was the fifth most demanded title as it gears up for season eight, which arrives on July 27.

Other newcomers include Last Chance U, which arrived in tenth place on the list, and the yet-to-be-released title Insatiable (pictured). The title, which was seventh most demanded on the list, has a release date of August 10 and has already generated over 96,000 demand expressions.

Insatiable’s demand has been generated by pure controversy. This week, it had more than 100,00 people sign a petition calling for Netflix to hold on its release as some feel it engages in “fat-shaming”.

Apple’s Carpool Karaoke, CBS All Access’ Star Trek: Discovery and Amazon’s The Grand Tour, also all appeared in the top ten, chipping away at Netflix’s dominance in the digital originals game.

Tags: Insatiable, Love Island, The Handmaid’s Tale, Who Is America?