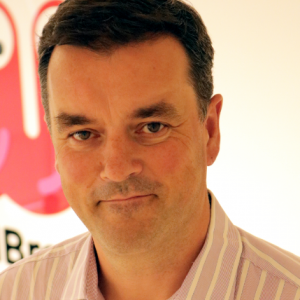 The company said Gisby, who has held senior positions at a range of media companies for over twenty years, would ‘drive Wildbrain’s next phase of growth.’

Gisby will work at Wildbrain’s London offices, and focus on further strengthening its growing digital kids’ network and studio. WildBrain’s branded YouTube network is one of the largest of its kind, featuring more than 110,000 videos for over 600 kids’ brands in 22 languages.

Wildbrain recently reported that from July 2017 through June 2018, it grew annual watch time on its network by 134% to 129 billion minutes, across 25 billion views, while more than doubling subscribers to over 50 million. The network features well known third party children’s properties including Fireman Sam, Curious George, Shopkins and Ben 10.

“WildBrain is a great business run by an excellent team who are passionate about engaging kids all over the world with content from our brands and partners,” said Gisby. “I’m very excited to be joining at a time of such rapid growth, and to help build on their success.”

Gisby will draw on a varied career in his new role. He has previously worked at Vevo, the BBC, Channel 4, Yahoo! Europe, and Swedish streaming service Magine TV. Michael Donovan, CEO of DHX, Wildbrain’s parent company, welcomed the appointment.

“We welcome Jon as an excellent addition to our team and look forward to working with him as we continue to build momentum in the digital space for our content,” Donovan said. “Jon has the right mix of entrepreneurial energy, business acumen and creative spark to drive WildBrain to its next level of growth.”