The move follows the recent acquisition of the EMG by Kew Media Group. It also signals a return to the scripted market for Essential Media, following the sale of its drama catalogue to FremantleMedia in September 2017 and a merger with Quail Entertainment in 2018. 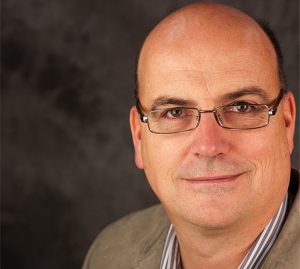 Essential Scripted will be led by CEO Chris Hilton (pictured) and chief content officer Greg Quail. Producer Michelle Hardy (#7DaysLater) has been named VP of scripted, Australia, while Simonne Overend is VP of scripted, US. Essential has also signed a first look deal with Hardy White Pictures, a JV between Hardy and director Erin White (Sando).

EMG CEO Chris Hilton said, “We’re relishing the prospect of our return to drama production in Australia and the USA at a time when the opportunities have never been greater. We have an exciting new slate and with the support of our new partners at Kew we’re looking forward to bringing more premium scripted content to audiences”.

Both the Essential and the Quail elements of EMG have strong track records in drama. Essential previously produced series such as Rake (ABC), Doctor Doctor (Nine Network) and Jack Irish (ABC) while Quail scripted productions have included the ABC Australia comedies At Home with Julia, Wednesday Night Fever and Timothy.