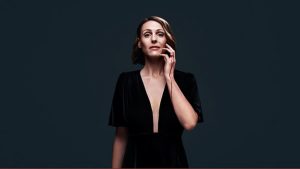 BBC Studios has sold the Doctor Foster format to TF1 for a French remake, turning it into the first scripted production for BBC Studios in the region.

The BBC’s French production base will co-produce the 6×52 minute series for TF1 with Storia Télévision and will begin filming this month in Biarritz and the Nouvelle Aquitaine region.

The deal with TF1 follows on from the news that Russia, licensed to Star Media for broadcast on Russia 1, will also remake the series starring acclaimed actress, Kseniay Rapporport, in the lead role.

BBC Studios’ French production base has launched a number of British shows in the region, notably Top Gear (Top Gear France), which in January premiered its fourth season to a 2.9% market share, making it RMC Découverte’s highest rated series ever, according to the company.

Other productions include The Great Bake Off (Le Meilleur Pâtissier), Dancing with the Stars (Danse avec les Stars) and The Great Sewing Bee (Cousu Main).