BBC Worldwide (BBCWW)’s Doctor Foster is set for a Russian remake following the sale of the scripted format. 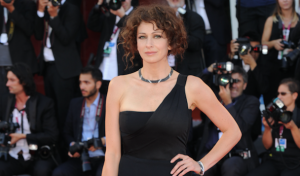 BBCWW has licensed the shpw to prolific production company Star Media for broadcast on Russia 1 next year.

The 8×60 series is yet to be titled in Russia. Acclaimed Russian Actress Kseniay Rappoport (pictured) will take the lead role, which Suranne Jones plays on BBC One in the UK.

Doctor Foster, a Drama Republic production written and created by Mike Bartlett, follows in the footsteps of Mistresses, another British drama was remade by Star.

Other BBCWW scripted formats that have been made for Russian TV include Luther (known as Klim in Russia) and Life on Mars (retitled Dark Side of the Moon).

Sumi Connock, creative director of formats at BBCWW, said: “Doctor Foster has transfixed audiences around the world and changed perceptions of dinner parties everywhere. I’m really looking forward to seeing a Russian take on one of the most successful UK dramas of recent years.”

Vlad Riashyn, CEO at Star Media said: “The power of the writing, universality of the subject matter and success of the English-language original all make this a compelling and very exciting series to bring to Russian audiences.”

As well as scripted formats, BBCWW also sells finished UK dramas to Russia. Recent deals include Top of the Lake, War and Peace, Doctor Who, Sherlock and Father Brown.